Tigers look to build on momentum against Dale County 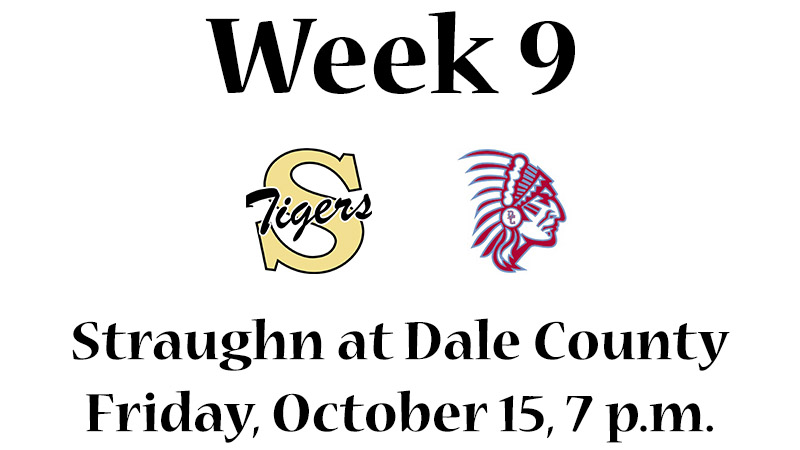 The Tigers stunned Alabama Christian at home, 19-17, and remained alive in the playoff picture. The Warriors could not overcome B.T. Washington on the road, 34-21.

Straughn did some great things in the upset win over ACA, which happened to be on head coach Ashley Kilcrease’s birthday.

“We won the game up front on the offensive and defensive lines. All eight of those guys played their best games of the year, and it definitely paid off. Football will never change, and no matter what kind of formations people come up with, you have to block and tackle. We did both of those and ran the ball,” Kilcrease said.

The win was a program-defining one for SHS. “It was the type of win we needed to get our program headed in the direction of what people in Straughn expect,” he said. “The crowd was amazing, and we need that type of crowd on the road Friday.”

With six wins this year, Straughn is assured of its first winning season since 2014.

Kilcrease added that Dale County has a very athletic team and will be a tough opponent on the road. “We have to win to get in the playoffs, so we are treating it like round 1.”

This will be the seventh meeting between the two teams going back to the 2004 season. The Tigers have a 4-2 lead in the series and have outscored the Warriors, 137-82. All the games have been played in region play except one. In 2013, SHS knocked off unbeaten DCHS on the road in the second round of the playoffs.