Funeral services will be held Saturday, Oct. 23, 2 p.m.,  at Harmony Baptist Church with Bro. Greg Cotter and Bro. Paul Lloyd officiating and interment at Harmony Baptist Cemetery. Visitation will begin at 1 p.m. at the church until the time of service. 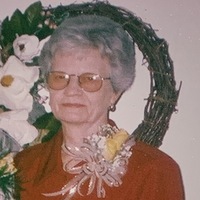 Mrs. Goodson began her career in 1980 at LBW where she served as Treasurer of LBW until her retirement in 1999.

Family asks in lieu of flowers donation be made to Harmony Baptist Church and Alabama Baptist Children Home.