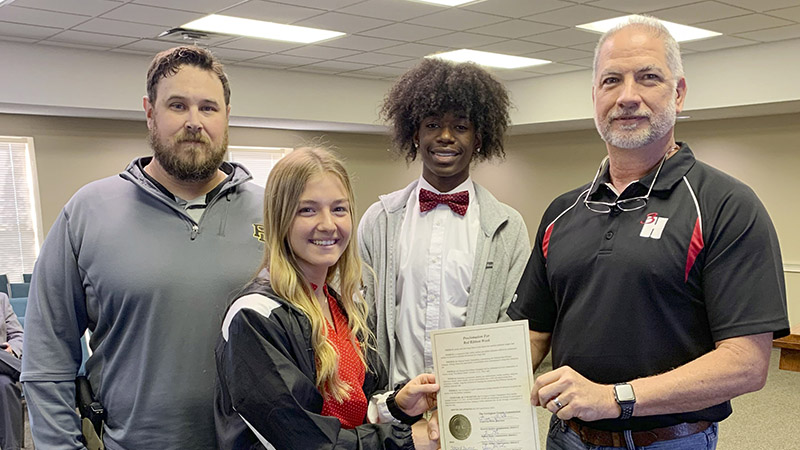 The commission reviewed and approved applicant S&M Mart Inc. of Tuscaloosa for an off-premise retail beer license for Carolina Country Store, following a review of the submission by the ABC Board. The store is under new ownership. “They have been in business down there for a while and do a good job,” District 2 Commissioner Michael Smith said.

The commission discussed a franchise agreement with cable provider Spectrum Southeast LLC. “The most important thing when we do these is to be consistent across the board. This is also such a rare subject matter with all these nuances, and I think it would be helpful if we are consistent,” Covington County Attorney Stephanie Cotton said.

The commission elected to defer action and first speak in further detail with current providers and consider the franchise agreement at a future meeting. “I think the more we know, the better decision we’re going to be able to make,” said District 3 Commissioner Tony Holmes.

The commission discussed an amendment to the county policies and procedures. It was agreed that it is desirable to update certain provisions, streamlining the purchasing procedures, while maintaining desirable controls and oversight by the purchasing agent/administrator.

“We have had the same procedures and policies in place for quite some time now. After looking over these and seeing what our software can do now, I’d like the opportunity to consider changing our policies so that each department head can purchase up to a certain amount without injuring their PO’s (purchase orders) rather than getting them approved in our office,” Administrator Karen Sowell said. “It just gives them a little more leeway, and they won’t have to wait in our office.”

The limit was originally set for $15,000, but Chairman Greg White said $7,500 or a lesser amount would be appropriate. “If there is an amount to be purchased above that level, nothing changes except that it would run up the chain and let the administrator’s office review that against the budget and against the bid law and make sure there is not a misunderstanding,” he said. “When you take into account that a particular purchase, along with another department’s purchases, might exceed the limit, the Administrator’s office can catch those problems.”

Covington County EMA Director Susan Harris thought it was a great idea. “If we can just communicate more with them upfront, we can make sure we’re all on the same page,” Sowell added. “Our software will lock it down, so if you try to issue a requisition or purchase order (and you are over budget), it will allow you to exceed the budget by issuing a PO,” White said.