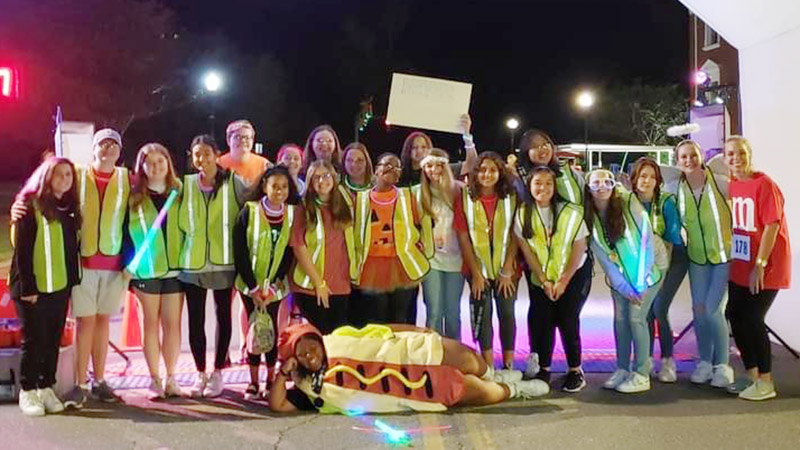 A group of Monster Mash Dash participants welcome runners at the finish line. The nighttime 5K was sponsored by the Andalusia Office Professionals Association.

This year’s Monster Mash Dash event sponsored by the Andalusia Office Professionals Association was a big hit and raised almost $5,000 with 120 registered participants and 105 competitors.

Several families and community members showed their support on the day of the event. 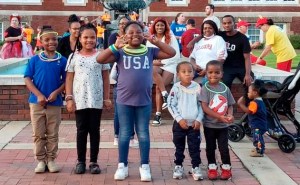 The Andalusia Office Professionals Association’s Monster Mash Dash had everyone smiling and showing their support.

“Many of our participants dressed up in their Halloween best and showed off their costumes. We were able to go out to the roadside and enjoy the Witches Ride sponsored by the Junior Service League of Andalusia prior to our start time. Andalusia High School FCCLA members volunteered and were the biggest hit. They cheered our runners on throughout the course and at the finish line. They cheered and sang songs as the runners crossed the finish line,” Coordinator Camaro King said. “The event was a huge success!” 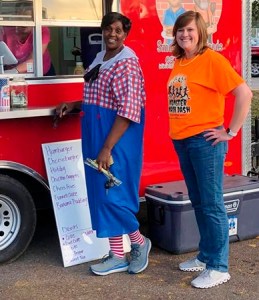 Smash Mouth Foods was on hand to serve meals to competitors and supporters.

King thanked sponsors for their contributions to the event. “Sanders Sound provided us with DJ services and kept the entertainment going with Halloween-themed songs throughout the night. Smash Mouth Foods was on site and served up delicious food. We also had corn hole on the City Hall lawn,” she said. 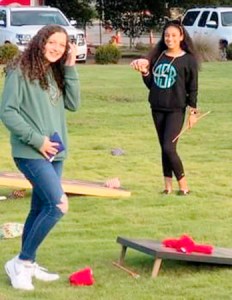 Corn hole was played on the Andalusia City Hall lawn.

Winners were recognized in the costume contest as well as second and third place finishers in two divisions: kids and adults. 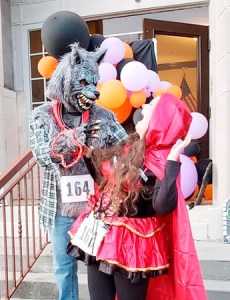 Den and Lori Couturie dressed up as “Little Red Riding Hood and Big Bad Wolf” and finished second in the costume contest.

For more information e-mail Camaro King at camaro.king@powersouth.com or call her at 334-488-3785. Next year’s Monster Mash Dash event is already in the works with a tentative date set for Oct. 22, 2022.

“We would like to thank all our participants and sponsors for contributing to the success of our event. 100 percent of our profits from the Monster Mash Dash will go back into our benevolence fund, which allows us to help families and different organizations throughout Covington County,” King said.