Sessions to be speaker at local GOP event

Former U.S. Senator and U.S. Attorney General Jeff Sessions will be the keynote speaker at a dinner hosted by the Covington County Republican Party in Andalusia on Nov. 4. The dinner will be held at Oakwood Lodge and will begin at 6 p.m. 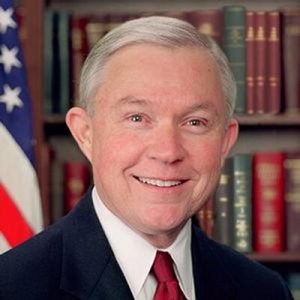 Sen. Sessions was elected to represent Alabama in the U.S. Senate in 1996, where he served for 20 years prior to resigning to become the nation’s 84th U.S. Attorney General.

Sessions’ career in public office began when he became Assistant U.S. Attorney for the Southern District of Alabama in 1975. President Ronald Reagan later appointed him U.S. Attorney for the same region, in 1981. Sen. Sessions and his wife, Mary, reside in Mobile. The couple are parents to three children, and they have 10 grandchildren.

Tickets for the event cost $25, and they can be purchased from members of the Covington County Republican Executive Committee or picked up at the offices of White & McClung, CPAs, located at 216 S Three Notch Street in Andalusia.

The dinner is a Republican Party event, but the public is encouraged to attend, as several declared candidates for local and statewide elections are expected to be in attendance.

The Alabama and county Republican Party Primary election will be held on May 24, 2022, so this event kicks off the election season.