Leading up to last week’s Circuit Court trial term, Devonte Burnette of Andalusia pled guilty to the charge of murder and received a sentence of 25 years.

Burnette, 24, is the second defendant to plead guilty in the 2016 death of Charles Taliaferro, 83, of Conecuh County. Burnette’s co-defendant, Diamond Dontai Crittenden, 24, also of Andalusia, previously entered a guilty plea and also received a 25-year sentence. 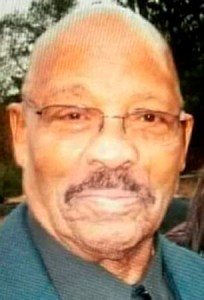 Charles Taliaferro was murdered in 2016. Two people are now serving 25-year sentences for their involvement.

“This is a tragic example of two teenagers who, in the commission of a crime, caused a death. No one had to die. And, tragically, three lives, plus the lives of those three families, have been changed forever,” Merrell said.

The convictions stem from a vehicular assault which occurred on the night of Feb. 13, 2016, when Andalusia Police Department officers were dispatched to Dixon Street. Officers located the lifeless body of Taliaferro in the roadway, partially under his truck.

Investigators from the Andalusia Police Department and the Covington County District Attorney’s Office responded and processed the scene. As the investigation continued into the early morning hours of Feb. 14, investigators conducted interviews, developing both Burnette and Crittenden as persons of interest in Taliaferro’s death.

Just before daybreak, APD Officers detained both suspects on Barton Street, only blocks from the scene of the crime. When interviewed, both Burnette and Crittenden admitted to being present during the commission of the crime, but each blamed the other for the actions that led to the victim’s death. Through the suspects’ interviews, and later analysis of forensic evidence from the scene, investigators determined the events leading up to Taliaferro’s death.

Burnette and Crittenden convinced Taliaferro to give them a ride from Conecuh County to Andalusia on the afternoon of Feb. 13 in exchange for money. When the group arrived in Andalusia, Taliaferro demanded payment from the defendants. The two defendants tricked Taliaferro into stopping his truck on Dixon Street, where they attempted to flee to avoid paying him. However, when they tried to flee, Taliaferro, standing near the driver’s door, was struck by the truck and then died as a result of his injuries. Both suspects fled the scene on foot. Ultimately, Burnette and Crittenden were each charged with murder.

“This is a very unusual case,” Merrell said. “The law says that an individual can be prosecuted for murder when, as a result of their criminal activity, another person dies. Here, two teenagers tried to cheat Mr. Taliaferro out of gas money and tried to steal his truck. It doesn’t appear that they meant to kill him, but he died as a result of their criminal actions. So, we followed and enforced the law.

“Twenty-five years is a long time for an 18-year-old, but bad decisions have bad consequences. Hopefully this deal gives these two young men a chance at life still, though the world may look much different when they are released. And it will give Mr. Taliaferro’s family the justice they deserve,” Merrell added.

Sheila Taliaferro, the victim’s daughter stated, “On behalf of my family, I would like to thank the Andalusia Police Department and the DA’s office — particularly Walt Merrell and Amber Gladwell — for their tireless and hard work in bringing closure to my dad’s murder. We are forever thankful. My daddy meant the world to me and to our family — especially his grandchildren and great-grandchildren. I called him “Sweet,” and he was the most courageous and resourceful man I ever knew. He will always be my hero, and I know he heard, ‘Well done, good and faithful servant.’”

Merrell expressed his appreciation for the officers and investigators who worked the case, as did Andalusia Police Chief Paul Hudson.

“The actions of these two young men resulted in the untimely and unfortunate death of Mr. Taliaferro,” Hudson said. “Working with other area agencies, we were able to quickly and successfully investigate the defendants’ actions to be sure these men were held accountable for their crime.”