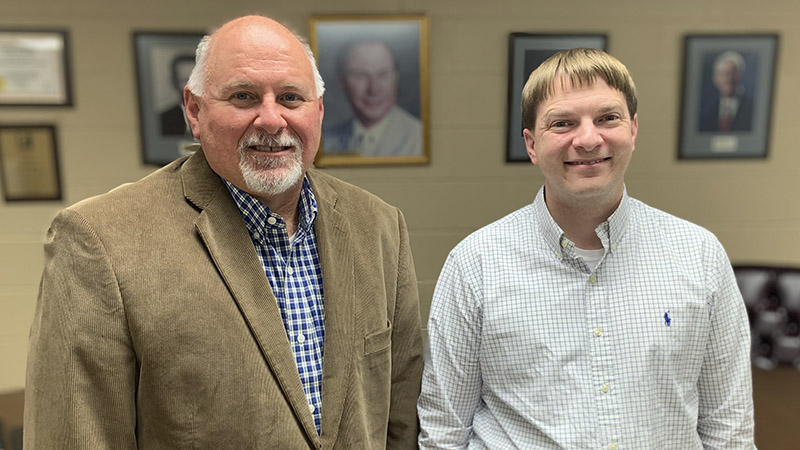 The Covington County Board of Education met Tuesday night and elected two officials beginning Dec. 1, 2021. Jeff Bailey, left, will become the president, and James Barton will move to board vice-president.

Bailey has been a member of the county board for 23 years and has served as the board’s vice-president for the last two years. He replaces the current president James Prestwood, who has served on the board for 31 years and two in his current capacity.

Barton has been a member of the county board for the last five years.

As officers, Bailey and Barton will take their new positions beginning Dec. 1 this year.

During the meeting the board approved:

In other business, the board accepted a bid from Willoughby Roofing and Sheet Metal, Inc. for reroofing the W.S. Harlan Elementary School gymnasium at a base bid of $83,460.

The board set the next meeting for Tuesday, Dec. 7, at 5:30 p.m., in the conference room at the central office.