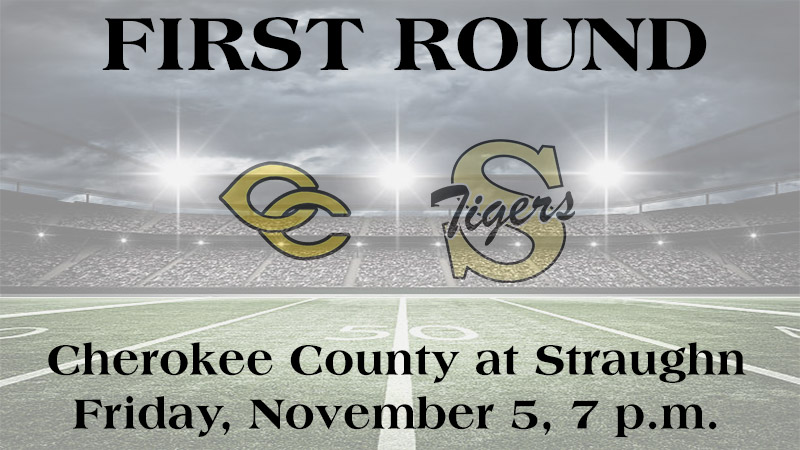 Coming off seven wins during the regular season, Straughn (7-3) looks forward to hosting the first round of the 4A state playoffs against Cherokee County (6-3) Friday, Nov. 5 at 7 p.m.

Both teams come off a bye week entering the postseason. The Tigers qualified as the two seed in Region 2 with a huge road win over Dale County two weeks ago, 21-18. The Warriors finished as the three seed from Region 4 and fell to Jacksonville last time, 44-21.

The program is having its best season since 2014 when SHS finished the year 10-2.

“We are really excited to be playing a home playoff game. Our fans have been a huge part of our recent success,” Head Coach Ashley Kilcrease said. “We hope to give them something to cheer about this week.”

There were mixed feelings about the bye week, according to Kilcrease. “It turned out okay for us. With the way we had been playing, we would have rather played. However, it did give us some time to recover.”

This is the first-ever meeting between SHS and CCHS.

“Cherokee County is a big, physical football team that played a very tough schedule. We will have to play great to have a chance to win,” Kilcrease said.

The winner of this game advances to the second round against Vigor or West Blocton next week.

“We want to encourage everyone to come out Friday and get behind these guys. They have worked so hard, and I have no doubt we will play very hard to the very last whistle,” Kilcrease said.