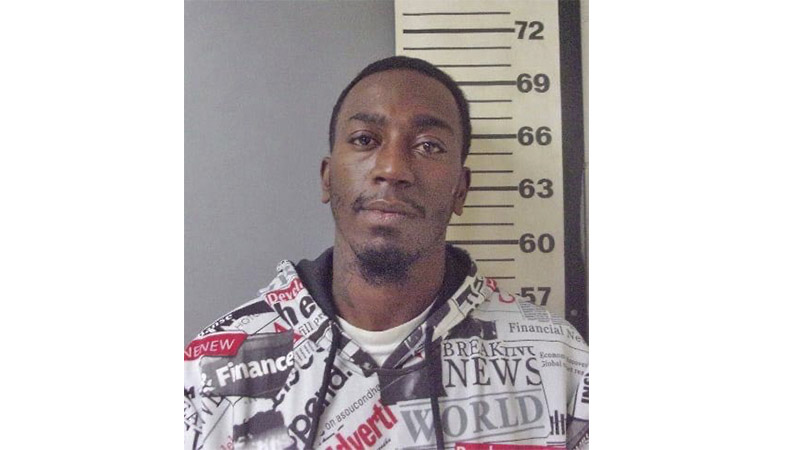 A man wanted for murder in Andalusia turned himself in Friday afternoon after the Andalusia Police Department turned to the public Thursday for help in finding him.

Corneliuse Trayvon “BB” Marshall, 27, of Andalusia, who is charged with murder in the Oct. 23rd death of Domonique Terrell Curry, 32, also of Andalusia, turned himself in around lunchtime on Friday. He was accompanied by his attorney, Chief Paul Hudson said.

“BB” Marshall has been booked into the Covington County Jail, where his bond for murder is set at $1 million. He also is charged with possession of marijuana first, possession of drug paraphernalia first and possession of a controlled substance. The drug charges bring his total bond to $1,023,000.

On Wednesday, they charged Whisper Marie Langford, 35, of Andalusia, with hindering prosecution in the first degree. Holmes said Langford helped Marshall to elude police. She has been released from the Covington County Jail on a $50,000 bond.

They also charged the suspect’s father, James Cornelise Marshall, 53, of Andalusia, with intimidating a witness after he made threats to a witness in the case. He is being held on a $50,000 bond.

APD officers found Curry unresponsive in the roadway of the 400 block of Mock Street on Saturday evening, Oct. 23, when they responded to reports of gunshots. Advanced EMS transported Curry to Andalusia Health, where it was determined he had suffered at least one gunshot wound. He later succumbed to the injuries.