Hwy. 55 to be named for Medal of Honor recipient 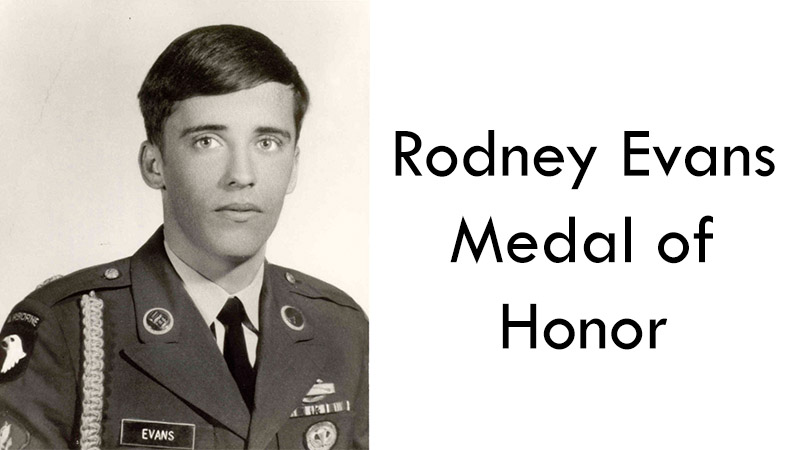 The Covington County Commission met for the only time this month and discussed several subject matters at a regularly scheduled meeting Tuesday.

The Nov. 23 meeting is cancelled due to the Thanksgiving holiday.

The commission approved an expenditure for signs to be placed for the Rodney Evans Memorial Highway, which will stretch along Alabama Highway 55 from Andalusia to Florala.

“There has been an effort led by the City of Florala and the Covington Veterans Foundation to rename Highway 55 after Rodney Evans, who is the only Medal of Honor winner from our county. I think it’s certainly appropriate to honor him and it’s well-deserved. There is a local cost to put the signage in place because ALDOT doesn’t cover this,” Chairman Greg White said.

The City of Andalusia and City of Florala each allocated $1,000 toward the project. Each commissioner’s discretionary fund will provide $200, and the Covington Veterans Foundation will cover the remaining balance.

“The association has asked us to commit to them for an additional three-year period that would end Sept. 30, 2024,” Administrator Karen Sowell said. “We get favorable premium rates by continuing to renew without dropping and coming back in,” White added.

The commission approved soliciting bids for furnishings in the Recording Department in the Covington County Courthouse.

“We’ve entered into an agreement with architects who are going to come in and put in a door to the Recording Department. We did not include the counters, countertops, and glass with the agreement. I’ve reached out and gotten a couple of estimates. Based on those estimates, I believe that the cost is going to exceed $15,000. We would like to be able to solicit bids to have that done,” Probate Judge Stacy Brooks said.

“We have been working on the plan for about a year now and it’s regional. The last time it was approved was four years ago, and it’s time to renew. There has to be a plan in place for us to get hazard dedication grant money,” Covington County EMA Director Susan Harris said.

The Covington County Courthouse is currently collecting property taxes. “We are in the collection period of Oct. 1 through Dec. 31. We are wide open but doing a good job, and everything is working out well,” Revenue Commissioner Chuck Patterson said.

“Be mindful of your surroundings, and make sure you secure your home and your possessions. For goodness sake, if you see something, say something. Let us know if you see prowlers or anything that might make the hair on the back of your neck stand up,” he said. “We want to know about it to make this place safe.”