Mr. Knox participated in the Vietnam War as a soldier in the United States Army and served his country for more than 40 years. Wayne received a business certificate from Douglas MacArthur State Technical Institute and advanced degrees in history and teaching from Troy State University. Over the years, Wayne worked as a civil servant with the US Social Security Administration, as an educator and coach at Andalusia, Opp, and Covington County schools, and was a friendly face at the Evans Barnes Golf Course on the campus of LBW Community College. 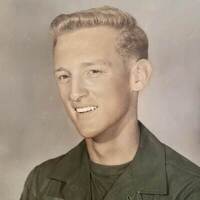