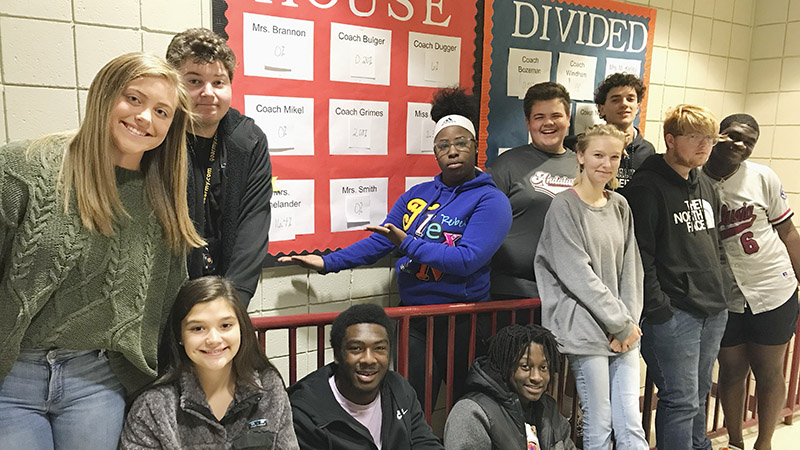 Mrs. Shelander's 1st block class proudly poses in front of the "House Divided" bulletin board after their win.

During the week of November 8-12, the students were to bring in non-perishable food items to donate to those less fortunate this holiday season. When the students brought them to class, they had a choice of putting them in an Alabama or Auburn box. Competition was high and the race was close by the end of the competition. A biscuit breakfast was the reward for the first block with the highest percentage of ounces of food based on the number of students in the class. 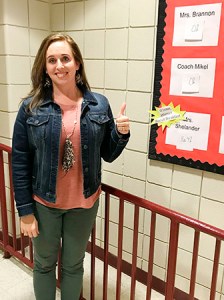 Mrs. Shelander poses next to her winning square on the “House Divided” bulletin board.

In the end, Mrs. Shelander’s first block was the winner with a total of 197 cans or 16.4 percent based on the number of students in her class. 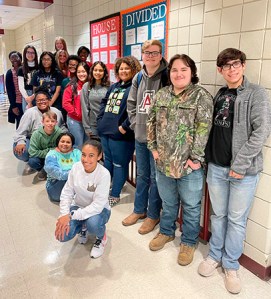 FCCLA members stayed after school to count and organize non-perishable food items from the competition.

All items will be donated to St. Mary’s Episcopal Church Red Beans and Rice drive.