Remember When: ‘We gather together’ 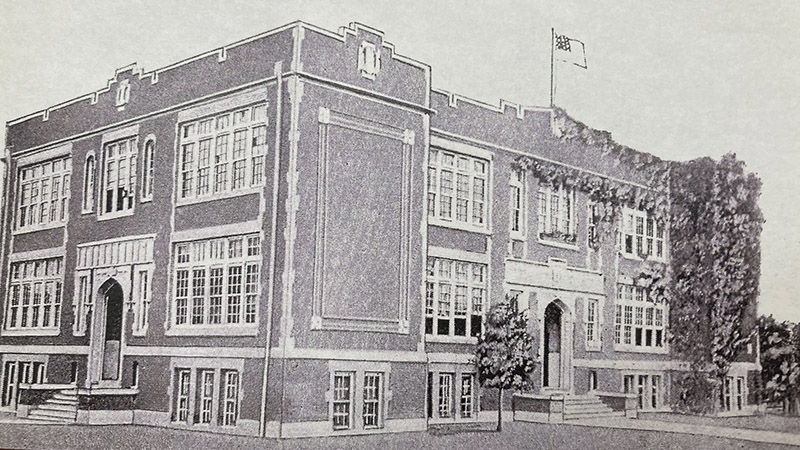 Some of our social media friends reminisced this week about remembering grammar school days in Andalusia, in particular, the Thanksgiving services enjoyed by the students and teachers. According to the November 22, 1956 edition of The Andalusia Star News, a caption reads, “ANDY GRAMMAR SCHOOLS ARRANGE SPECIAL THANKSGIVING PROGRAMS.”

“All pupils of the East Three Notch School are going (next door) to the First Methodist Church on Wednesday morning, November 21, at 9:30 a.m. for the Thanksgiving program. The Sixth Grade Choir under the direction of Mrs. Edna Clay will present Thanksgiving selections. The program is being broadcast over the radio station WCTA. Rev. Powers McLeod, pastor of FMC will deliver the message.” 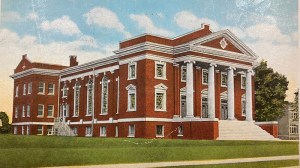 The First Methodist Church of Andalusia

“The third, fourth, fifth, and sixth grades at Church Street School will go to the (downtown) First Baptist Church at 8:30 a. m. where Miss Merilyn Jones, public school music director, is leading the group singing. Rev. John Jeffers will present the message.”

Let me share some of the comments from FB friends who posted their remembrances of these annual occasions.

Patricia Gunter – “I well remember the songs we sang – one of my favorite grammar school memories.”

Sheila Thompkins Williams – “Great memories. I believe Mrs. (Naomi) Prestwood led us. I loved when we did this.”

Pat Rawls Barton – “The Methodist Church was always generous with their facilities.”

Robert Griffin – “I remember the 5th grade in Mrs. Butt’s class memorizing Psalm 100 and quoting it at the Thanksgiving program at FMC.”

Gayle Grimes Rawls – “We sang ‘We Gather Together’ (to ask the Lord’s blessing).”

Steve Sikes – “That Wednesday of the program was always a half day of school.”

Anne Sikes Hornsby – “We also sang “For the Beauty of the Earth.”

Norma Williams – “This tradition most likely started earlier than the 50s. As a student at Church Street School, I remember walking across town to join in the festivity. After singing several traditional Thanksgiving hymns, we walked back to school in an orderly fashion. I was in the AHS Class of 1958.”

John Radford – “I remember those pre-Thanksgiving days when Mrs. Prestwood led the singing.”

Roger Powell – “Yes, I remember going to the FMC and singing at the Thanksgiving program. Mrs. Prestwood was my 2nd grade teacher. ‘We Gather Together’ and ‘Come Ye Thankful People, Come’ were both sung.”

Sue Franklin Taylor – “It was always an exciting time. Walking to the FMC was a big deal. Seemed so far away! So sad that kids miss all of this now. I remember Mrs. Prestwood’s arms while she directed the singing. I’m sure she was not as old as I am now!”

Jimmy Wambles – “I was just sharing some of those memories with my daughter and son yesterday.”

Earl Johnson – “I remember that like it was yesterday. It was like the official kickoff for the entire holiday season!”

Joe Ptomey – “I may be wrong, but I think we brought canned goods for the custodians that week and were told we would get out at lunch on Wednesday if we filled all the boxes with food.”

Linda Moulton Brogden – “We were so fortunate to grow up during those days in Andalusia – a treasure trove of wonderful memories!”

How long these Thanksgiving programs went on with the two elementary schools or when they started, I am not certain. Some students remember programs being held long before the 1950s and others younger remember walking to the new First Baptist Church on East Three Notch for the program into the 1970s.

I remember well as a child trying to figure out the words and phrases in the songs such as “First the blade and then the ear, then the full corn shall appear. Lord of Harvest, grant that we, wholesome grain and pure may be.”

Somehow, I got this confused with Peter armed with a sword cutting the ear off of the servant trying to arrest Jesus in the garden. Years later, it became clear that this was a harvest song of Thanksgiving, and the ear in the song was referring to an ear of corn.

Very vividly, I do recall asking my mother as I ran in from school (She was standing at the kitchen sink.), “Mama, Guess what? We got to sit in the balcony. Could you hear me singing on the radio?”  She quickly replied, “Of course!”

“Happy Thanksgiving” or should I say as you read this column two days after Thanksgiving, “Happy Leftovers” or maybe “Enjoy your turkey casserole and turkey sandwich this weekend!” 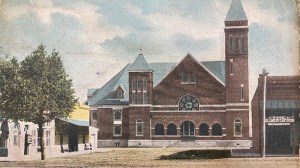 Among many other things I could list, I am thankful for those traditional hymns and songs of Thanksgiving.  The late Mr. Joseph Wingard in his Mrs. Grundy column used to call them “The Big Five” – “We Gather Together,” “Come Ye Thankful People Come,” “Let All Things Now Living” “Bless This House,” and “Now Thank We All Our God.” As Harriet Jay Hubbard, FPC choir member, stated, “It is important to sing all of the verses. The words tell a story!”

It is with hope that these ancient and meaningful songs will continue to be sung joyfully and remembered until the Lord comes at the sounding of the trumpet. Listen carefully, readers, you may hear the heavenly choir serenading the songs of Thanksgiving with the angels.