Born in Mansfield, Louisiana, in 1936, he studied chemical engineering at Louisiana Tech University and graduated in 1958. He first worked for Esso and then spent most of his career in research and development at Ethyl Corporation. He lived in Baton Rouge, Louisiana, for the majority of his adult life. 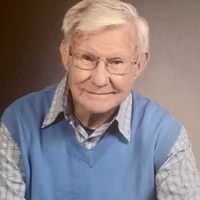 Jim was married for 45 years to the late Carmen Peevy Wingate. They made their home and brought up their children, surrounded by their extended family on Lovett Road in the community of Central. After Carmen’s death, Jim found love a second time, marrying Sherry Frazier Wingate in 2010. Jim and Sherry made their home in Sherry’s hometown, Andalusia. Jim loved the Lord and his family. From childhood, deep faith was part of his being. He served as a deacon of Istrouma Baptist Church in Baton Rouge and of the First Baptist Church of Andalusia and was a continual participant and leader in church life.

Woodworking and woodturning were hobbies that Jim pursued passionately. He was a born “tinkerer” and enjoyed taking things apart and discovering how they worked. He enjoyed any good game of football, but especially LSU Tiger ball. Most of all, Jim just enjoyed life and those he shared it with.

Funeral services will be at Resthaven Funeral Home in Baton Rouge, Louisiana on Saturday, Dec. 4. Visitation will begin at 1 p.m., with a service at 2 p.m., and burial to follow. A memorial service will be held at First Baptist Church of Andalusia at a later date, to be announced.

In lieu of flowers, donations may be made to the building fund of the First Baptist Church of Andalusia, Campus Crusade for Christ International, and The Gideons International.