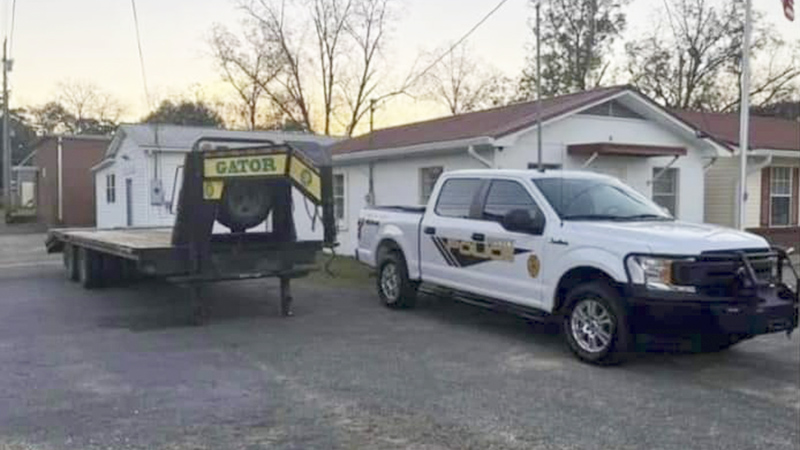 The Gantt Police Department recovered a trailer stolen from a local resident on Nov. 13.

An arrest has been made in a case from Gantt involving a stolen gooseneck trailer.

According to Gantt Police Chief Ken Harris, the equipment trailer was taken in the early morning hours of Saturday, Nov. 13 near the old Green’s BBQ building off U.S. Highway 29 in Gantt. The owner reported the trailer stolen and immediately requested the assistance of Chief Harris, who began an intense investigation that involved multiple video surveillance systems from businesses and private citizens in the area. As a result of the extensive time spent viewing this footage, a direction of travel as well as a distinct vehicle description was developed that led law enforcement into Crenshaw County with their investigation. 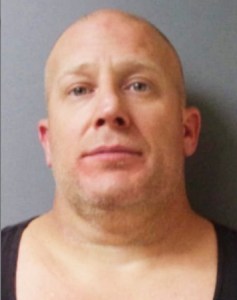 Chief Harris requested assistance from the Alabama Law Enforcement Agency and the State Bureau of Investigation, as well as the assistance of Crenshaw County Sheriff’s Office as well as Luverne and Brantley Police Departments.

The investigation, which took about one full week almost day and night, eventually led to the development of a suspect in Luverne. According to criminal records, this suspect has a criminal history and has served prior state prison time in another state related to similar thefts.

With the assistance of Investigator Marcus Laster and narcotics Investigator Pitts with Crenshaw County Sheriff’s Department, the suspect vehicle was located at a residence in Luverne near the nursing home off U.S. Highway 331. Chief Harris made contact with the suspect and was able to interview the suspect who admitted to the theft. During the course of the investigation, the suspect agreed to take possession of the equipment trailer and return it to the Gantt Police Department. Harris said in the early morning hours of Nov. 19 that the suspect did in fact deliver the stolen trailer to the Gantt Police Department without incident. The trailer has been returned to the victim. The victim said the trailer and its contents were all intact, except the VIN plate had been removed. The owner was very thankful and appreciative of the efforts of all law enforcement officers involved and for their extensive work in ensuring the return of the trailer.

On Wednesday, Dec. 1, Gantt Police Chief Harris said the suspect, Derek Lee Cartright, had been arrested at his mother’s home in Luverne. He was booked at the Covington County Jail in Andalusia, where he faces charges of first-degree theft of property and is being held on a $10,000 bond.

Nothing further is available, however, the investigation continues.