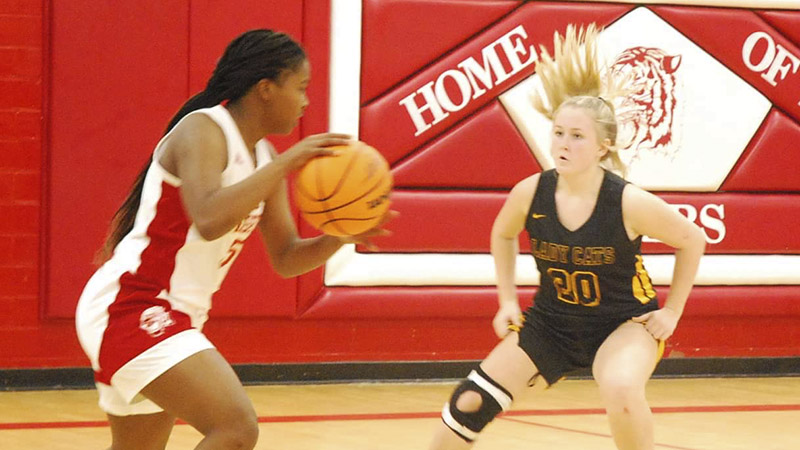 After getting off to a late start, basketball is back in full force for Opp after making two trips to Crenshaw County.

OHS began the season Friday, Dec. 3 in Luverne. The varsity boys (1-1) began the season on a high note with a 40-29 win over LHS. Jabarri Hill had 12 points and four steals to lead the Bobcats. AJ Coleman tallied 10 points and five rebounds as Gray Jennings earned 12 boards. Donta Smith paced the Tigers with 11 points. The varsity girls (0-2) competed well but fell short 46-24. Vanessa Stoudemire was the team leader for the Lady Bobcats with 18 points and five boards. Amiya Thompson grabbed seven rebounds and three steals. Khashya Richardson led the Lady Tigers with 15 points.

Cold shooting proved costly in Monday night’s game at Brantley. OHS had difficulty finding the net in a 47-29 loss to the Bulldogs. ZaZa Lindsey and Coleman notched 12 points and four rebounds each for the Bobcats. Kendrick Brown and Jordan Parks picked up 11 points for BHS. The Lady Bobcats struggled to get in an offensive rhythm and dropped a 57-17 decision. Jalisa Smith had six points, while Kyla Rhodes took four points and six rebounds. Annah Little earned 16 points for the Lady Bulldogs and was followed by Aaliyah Stamps with 11.