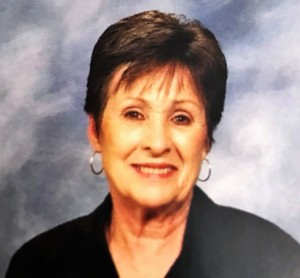 Preceding her in death is her husband Harry Bonneau Jackson, her parents Vera and Daniel Carpenter, her sisters, Edith Beiderman and Betty Benton, and her brother, Paul Carpenter.

Having moved to Opp when she was in the eighth grade, Nell was active in several activities in high school. In her senior year, she was Miss Opp High School. After attending the University of Southern Mississippi, she and Harry married in June 1956. When Harry joined the Navy, Nell embraced the role of an officer’s wife. Later, she and Harry settled in the southeast and retired to Opp in 1993.

Nell taught Sunday school at the First Baptist Church in Opp and served on numerous committees there. She also led a Bible study at Cross Over Ministry at one time. She was a member of the Opp Three Arts Club and served as a Board member of the Opp Cultural Arts Center. Already a licensed real estate agent, Nell joined Metcalf & Metcalf (now Southern Point Properties) and retired there in 2020. During her time selling real estate, she was a member of the Covington County Association of Realtors and, especially while serving as President in 2015, worked tirelessly to help form bylaws and best practices.

Nell exemplified a life well-lived. She will be remembered for her faith in God and love for Jesus, unwavering support for her family and friends, and perseverance in difficult circumstances. In all her endeavors, Nell valued excellence, kindness, honesty, and integrity, with a measure of humor. She has left us with some choice aphorisms, including “You can’t win an argument with an ignorant person” and “People are funnier than anybody,” a phrase originally borrowed from a good friend. Also, “Simplicity is the best expression of elegance.” Nell appreciated life’s simple pleasures: the first sip of coffee in the morning, the changing colors of autumn and the promise of springtime, home-grown tomatoes, fresh flowers, and a good steak.

She loved us well and will be missed beyond measure.