David “Blake” Turman is announcing to seek re-election in the upcoming election as the Sheriff of Covington County. Currently, he serves as the sheriff.

“I have given Covington County a full-time sheriff willing to put in the extra time to ensure that the citizens of this great county can live without fear from the criminal element as well as have safer roadway. As sheriff, I have and will continue to live up to my motto ‘Service, protection, and accountability.’ My number is published and will always be. 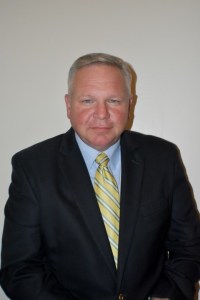 “I am approachable and reachable, I have worked for the citizens of Covington County, and hold myself and department accountable for our actions, both good and bad. I will continue to work with all departments within this county and state to ensure that our tax dollars are well used for the purpose of the law enforcement and service to our citizens.

“I hold myself to a personal standard. Keep good people where you need them and rely on their expertise to do what’s best and right for the community. No matter what people want to hear, the truth is the truth. Decisions must be made that are not popular. Own your decision and accept the consequences. No matter whether it’s good or bad. I take seriously that ‘the buck stops’ with the Sheriff. No matter the call or situation, the Covington County Sheriff’s Office is a full-service agency. Since I took office, Deputies work traffic crashes, traffic patrol, investigate all crimes, and all unattended deaths are fully investigated. We are also the servants of the Courts. Criminal and civil documents are served with a sense of urgency.

“The jail has been a particular challenge. We have nearly stopped the influx of contraband and hold our inmates to a strict schedule. Staffing is an issue as always, however, I hold my staff to a high standard. We are not better than anyone, but we are held to the highest standards.

I also ensure that we have the best officers to protect our youth within our schools and serve the community. I have brought a level of professionalism to the Covington County Sheriff’s Department that will make citizens and employees proud to be a part of. The job is a tuff, and the officers must be reliable, compassionate, and have common sense. Communication is key to having a successful department. I will not employee officers that do not meet the standards I have set. A hiring/promotion review board has been successful and served the Office well. I will continue to use this.

Turman has served as Sheriff since 2019. Turman began his career as an Alabama State Trooper in 1996. Since then, he has worked as a trooper and supervisor, including time as traffic homicide investigator, special operations squad leader, Honor Guard member, motorcycle scout unit trooper, immigrations and customs officer, field training officer, public information officer, and traffic crash reconstruction officer. He has been responsible for managing overtime grants and schedules, personal issues, crime scene management and processing, and accountability for personnel and equipment.

He is a 1991 graduate of Opp High School and served in the U.S. Army as a soldier and supervisor in the 327th Infantry Regiment of the 101st Airborne Division.

Turman and his wife, Kimberly Kelly Turman of Andalusia, have three daughters, Kelsi, Katelyn, and Kalli Grace. His daughter Katelyn is married to RD Clark, and they have one child, Ava Blake. He and his family are members of Hopewell Baptist Church.

Turman’s parents are the Sheila Gooden Turman and the late David Turman of Opp. His grandparents are Mrs. Merl Turman Pearson, and the late Shirley C. Turman, as well as the late Byron and Sara Gooden of Opp.

He is seeking office as Republican. The primary is set for May.