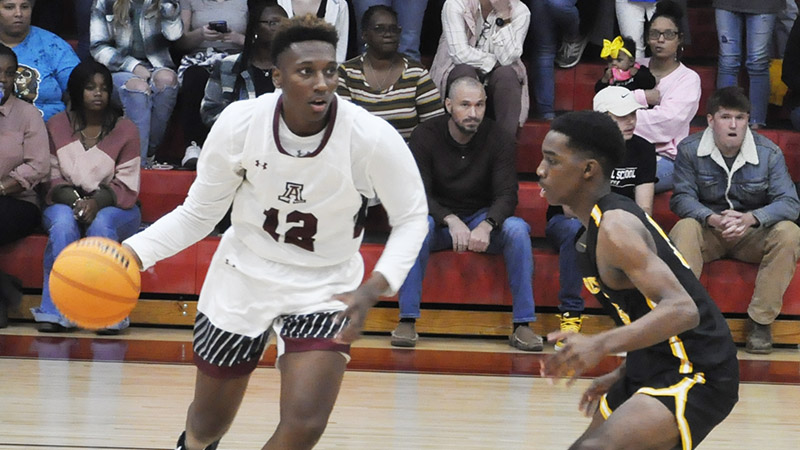 In a push to the finish, Andalusia held on for a 67-64 win over Red Level to begin the Andalusia Christmas Tournament Thursday afternoon.

Both teams came out of the gate on fire as the Bulldogs (5-3) took a 23-18 lead after the first quarter. Each side put up 15 in the second as the halftime score stood at 38-33. The Tigers (7-1) earned 20 points in the third and forced a 53-53 tie with eight minutes left. The action came down to the wire and the final seconds. RLS led 63-62 before AHS rallied and held off a last-second shot at the buzzer.

“We are happy to advance to the next round. We played a hard-fought game and did what it took to come away with the victory. We still have a lot of work to do and just have to continue working hard each day. Red Level did a good job of keeping it close and even took the lead there towards the end. Coach (Bridges) Anderson does a really good job with those guys. I expect them to make a lot of noise in their area. We will now turn our attention to Monroe County,” AHS Head Coach Marcus Mickles said.

Javen Poindexter led Red Level with 21 points. Demarcus Johnson and Malikye Wright also contributed double digits at 16 and 11, respectively. Brendan Davison paced Andalusia with 15 including three shots beyond the arc. Michael Hourel had 14 points and was a perfect 8-for-8 at the free-throw line, while Tevin Sigers collected 11.

“We played hard enough to win the game; however, turnovers and free throws played a factor for the outcome results. Also, I would especially like to thank our fans for coming out and giving us support. We look forward to playing Opp,” Anderson said.

The schedule for day two is as follows: