Morgan Rodgers of Covington County was honored with a Senior Leader Award during the Alabama Farmers Federation’s 100th annual meeting in Montgomery on Monday, Dec. 6.

This award is for leaders who have served as county president, as State Women’s Leadership Committee chairman or as a state board member and are over 70 years of age. 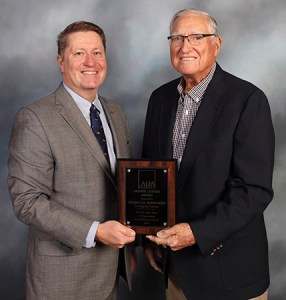 Rodgers and his wife, Becky, have been married for 67 years and are members of the River Falls Baptist Church. He has served as a deacon for his church for 14 years and served in the U.S. Air Force.