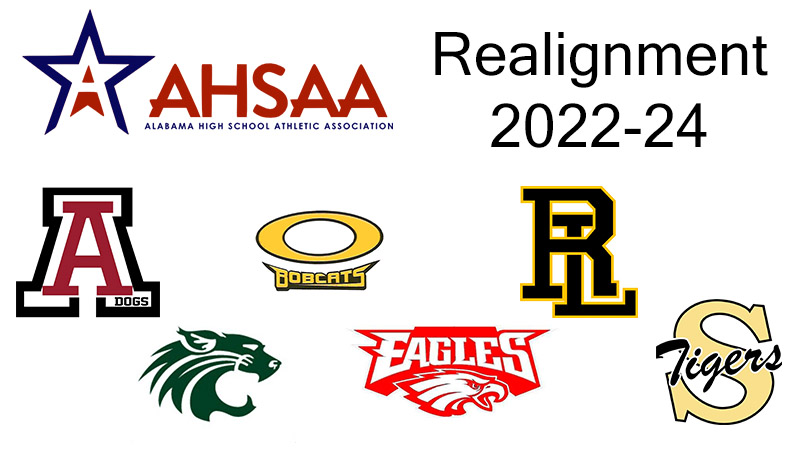 The Alabama High School Athletic Association Central Board of Control unanimously approved Tuesday, Dec. 14 the current seven-classification system for championship play for the 2022-23 and 2023-24 school years that include big changes for some local teams.

Two county teams dropped in classification as Andalusia moved back to 4A from 5A and Straughn returned to 3A from 4A.

Straughn will face Ashford, Daleville, Houston Academy, New Brockton, Northside Methodist (new to the AHSAA), county rival Opp, Pike County, and Providence Christian in region play the next two seasons in football. There will only be two non-region opponents for each team due to the large nine-team region. For volleyball, the Tigers and Bobcats will be placed in Area 3 with New Brockton and Pike County.

Florala, Pleasant Home, and Red Level remain in 1A but shift from Region 1 to Region 2. The three county teams will be joined by six others: Brantley, Elba, Georgiana, Houston County, Kinston, and McKenzie. Volleyball sees a breakup into two areas: the Wildcats and Eagles will be placed in Area 1 with Elba, Houston County, and Kinston. The Tigers will be placed in Area 2 with Brantley, Georgiana, and McKenzie.

All five county schools that field cross-country teams will remain in their respective classifications. According to the AHSAA, Andalusia, Opp, and Straughn will be placed in 1A-5A Section 1 for swimming and diving.

The seven-class system, which began in 2014-15, was approved once again for all sports.

Classification is based on Average Daily Membership (ADM) figures furnished by the State Department of Education for public schools for grades 9 through 11 plus eighth-grade hold-back students. Member private schools report that same data directly to the AHSAA.

Alignments were also released for fall sports, which recently completed championship play for the 2021-22 school year, based on the number of schools declaring to participate in a sport for the upcoming 2022-23 and 2023-24 school years. Some programs may include two or more classes in a division.

Editor’s Note: The Alabama High School Athletic Association found an error in Classes 3A and 4A. Alabama Christian was originally placed in 3A Region 3 but will now join 4A Region 2 as a result.