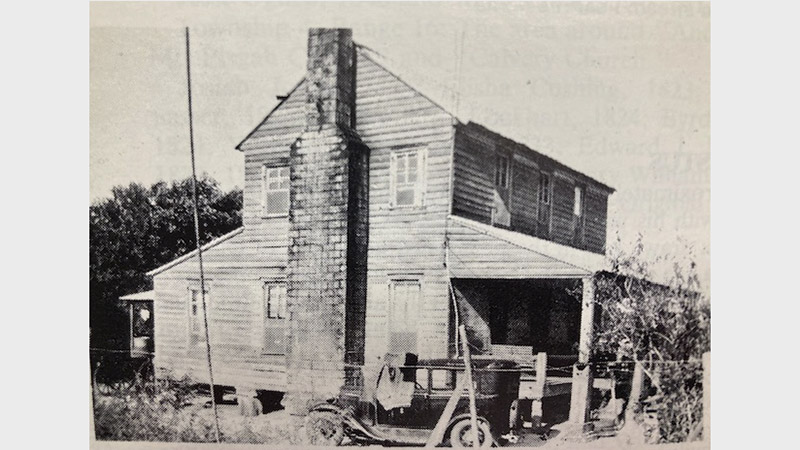 The David Barrow home is said to be the oldest in Covington County.

Almost everyone (I am optimistic) remembers that two years ago (2019) was Alabama’s Bicentennial Commemoration where most towns and cities, small and large, celebrated when Alabama became a state in December 1819. So here we are this December 2021 marking the 202nd anniversary of the establishment of this great state, the 22nd state in the Union.

Looking back at the September 1950 Andalusia Star-News, there appeared this article for which I will condense for my readers.

“OLD BARROW HOUSE SAID TO BE OLDEST HOME IN COVINGTON – The above old two-story house located about two miles west of River Falls (as the crow flies) on the Brooklyn Road is said to be the oldest house in Covington County. Built during slavery days, the old house shows a marked South Carolinian architecture. It was originally held together with wooden pegs, but iron nails have since been added for security’s sake.”

Could that house have been built around 1825 just four years after Covington became a county in 1821? Lots of pioneers moved in to this area about that time.

In Gus J. and Ruby R. Bryan’s book, “Covington County History, 1821-1976,” the house is referred to as the old David Barrow house. Bryan stated, “This house on the River Falls-Brooklyn Road was supposed to have been built about the time when the county was formed. It is supposed to be the oldest house in Covington County.”

The 1950 article requests readers to bring forth “information concerning this house, its builder, or recognize another house you believe to be older than this one.”

We’ll never know if there was any response to this published article or not. Maybe someone today has more information. Where is this site? Who lives on that parcel today?

The Bryan book of 1976 features a chapter on “Pioneers and Their Homes.” I will mention a few of these so carefully researched by this Opp couple.

“The W. C. W. Cawthon home was located on the River Falls Road out of Andalusia. The Anderson home now stands there (according to the Bryans in 1976).” 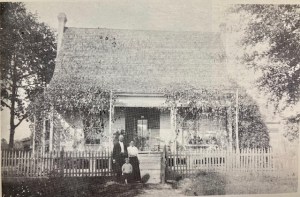 Remember, the settlers of Montezuma were slowly moving up Devereux Hill to higher ground. Does anyone know where this house was located?

The W. A. Faulkenberry home is still located on one of Andalusia’s main streets, South Three Notch. J. Henry Faulkenberry married Minnie Amelia Boyd and moved to Andalusia in the 1880s and built this home in 1889. This was about the time that Andalusia was attempting and working around politically to be incorporated. It is said that the log house that stood on the site before 1889 is still a part of this home and can be viewed partially in the interior. The wrap-around porch and the picket fence are no longer there, but the present owner may have plans for a restoration of this residence in the near future.

This next home on South Three Notch Street with steep rooflines and lots of gingerbread trim was built in the late 1800s by Richard Henry Jones, one of the men who played an important part in preserving Covington County’s history. 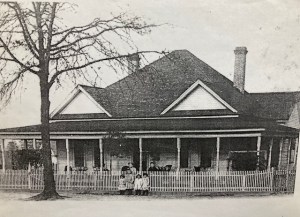 Throughout most of his adult life, Jones made a hobby of gathering bits and pieces of history concerning the county and this area. According to members of his family, Jones would spend hours talking to anyone he could find who could provide him with early local history, and he would take notes.

Upon his death in 1949, he had accumulated a great deal of writings regarding this history. His notes were used by Gus Bryan in helping to write his 1976 book on the county’s history.

Jones was elected judge of the Andalusia City Courts for four years and state solicitor for eight years. He was graduated from Troy Normal School, the University of Georgetown Law School, and added post graduate work from George Washington University to his educational experience. He served as president of the Covington County Bar Association.

One of his sons the late Henry Edward Jones was the father of an Andalusia resident, Richard Jones, who can claim to be a descendant of a pioneer family in Covington County. 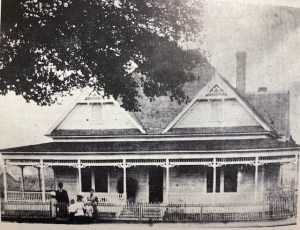 This house stood where the present building once occupied by the Social Security office and now Meredith’s Miracles is now headquartered.

Other pioneer homes from farms to city residences can be read about in the Bryan volume found in local libraries and in the hands of history enthusiasts.

It seems there is always some topic that can be written about in Remember When. I once thought as a young music teacher that I would run out of good songs for my students to sing, but each school year, new songs appeared. The same holds true with this column. What story will the next column bring? I can usually just shift papers and books around on my table and find a subject that hopefully some of you readers will enjoy.

The Three Notch Museum is always a good source. If you have never visited, make a point to check it out with your children or grandchildren on your holidays. It is amazing what you can find on a day trip in your own hometown.

Thank you for bringing artifacts to donate and place at the museum. Right now, I spy in my office an old Philco table-top radio, a framed poll tax receipt, and a World War I framed panoramic photograph of the 116th Field Artillery, Camp Wheeler, Georgia. Someone from Andalusia is supposed to be in that picture!