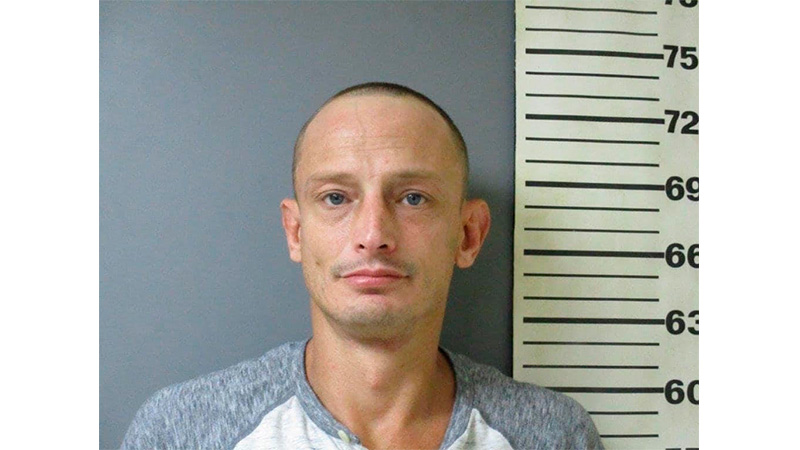 Gary Lambert, 42, was arrested by the Covington County Sheriff's Office for third-degree assault of a Florala barber.

A local Florala business owner was assaulted by a customer at his barber shop on Monday, Dec. 20, leading to the arrest of a suspect on assault charges.

According to the Covington County Sheriff’s Office, J.B. Clary, a long-time resident of Florala and a barber at Cobb Barber Shop, was giving the suspect, Gary Wesley Lambert, 42, a haircut. Wesley struck Clary, knocking him to the ground and fled the shop. Evidence of the assault was taken by video within the shop.

Jerry Fields, a deputy with the Covington County Sheriff’s Office, was stopping by to do a routine check on Clary. The incident was presented to Fields, and he notified Sheriff Blake Turman who went to Mr. Clary and spoke with him about the incident. Clary had contacted Florala Police Chief Sonny Bedsole and had decided to identify his assailant.

Chief Bedsole and Lieutenant Zac Dorsey investigated the case and made an arrest shortly thereafter. Lambert is being held in the Covington County Jail with a $1,000 bond for simple assault.

While investigating the case, Chief Bedsole and Lt. Dorsey located a stolen truck at the residence of Gary Lambert. Another suspect believed to have stolen the vehicle is currently in jail in Mississippi. That case is still under investigation.

“Chief Bedsole and Lt. Dorsey along with Sgt. Fields did a good job documenting the offense and encouraging our citizens to not take this assault lightly. What Lambert did was uncalled for. No one should do this to anyone in our community. This happening to Mr. Clary really upset all of us. Mr. Clary is fine and is tough to say the least. Lambert will be fully prosecuted,” Turman said.