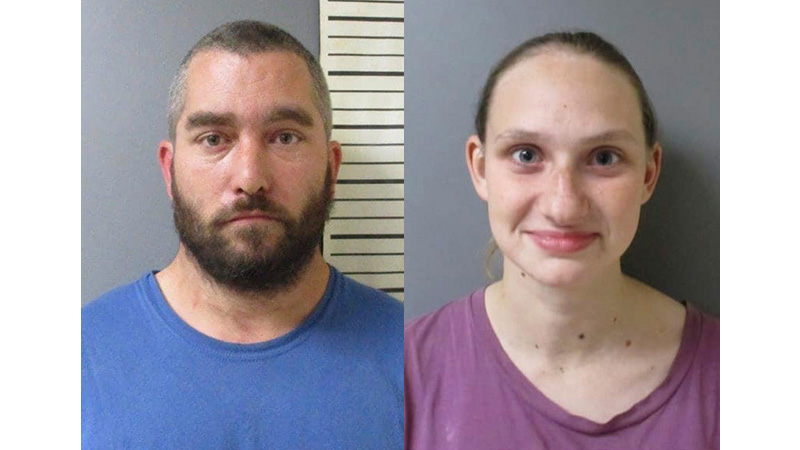 Jonathan White, 36, left, and Ashley Woods, 21, were arrested by the Covington County Sheriff's Office for charges on the abuse of a child.

The Covington County Sheriff’s Office Investigations Division and a Department of Human Resources (DHR) investigator-initiated the investigation concerning the rape and molestation of the child near the Carolina community on Tuesday, Dec. 14.

The preliminary investigation implicated White as the suspect. The Criminal Investigations Division executed a search warrant on White’s residence the same day. Evidence was collected by investigators who processed the home. Further investigation revealed that White had numerous sexual encounters with the child at multiple locations within Covington County.

“The investigation went as expected and is a reminder of why the men and women of the sheriff’s office are committed to the citizens of Covington County. This type of investigation takes patience and compassion to conduct and I commend the investigators for their efforts. I pray the child recovers and heals from this horrific environment,” said Sheriff Blake Turman.

Utilizing investigative techniques, investigators revealed sexual intercourse, sodomy, and incest, according to the sheriff. The investigation also revealed that White’s wife, Ashley Woods, participated in at least one sex act with her husband and the child.

Through a collaborative effort with the District Attorney’s Office, the charges were brought against both suspects.