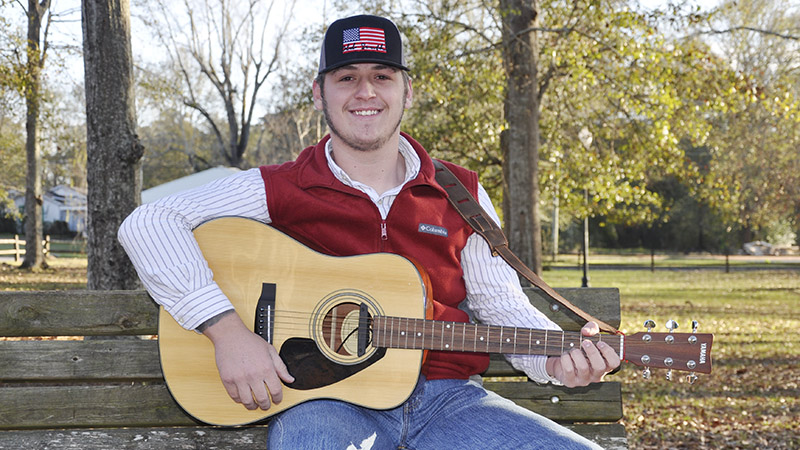 Tommy Townsend, a 2020 alumnus of Straughn High School and aspiring country music singer, released his first single entitled “Me and You” in December.

Tommy Townsend first performed music and played guitar while he was in high school, and his passion has led to the release of his first single.

His song entitled “Me and You” first launched two weeks ago on Dec. 20, 2021, and can be found on Apple Music, Spotify, YouTube Music, and Pandora. 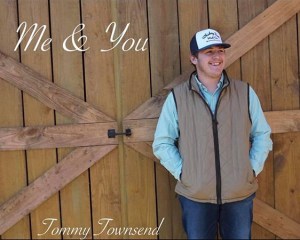 Tommy Townsend’s “Me & You” Cover

According to Townsend, “Me and You” is a sad country song. “The lyrics speak about a guy with hopes and dreams of being with his lifelong friend but ends up getting heartbroken. I chose the name of the song based on its content because that’s what it’s all about.”

He is most drawn to classic country music and plays the acoustic guitar.

“I have always enjoyed singing but was encouraged by one of my high school teachers, Taylor Weeks. He was a great mentor and role model when I first joined the string band during my sophomore year at Straughn. I learned how to play the guitar and a lot more. I was inspired by many country artists to follow my dreams and always remind myself the sky is the limit. I would describe my music as words that come from the heart,” Townsend said.

Weeks said it was great to have Townsend as a member of the SHS String Band. “Tommy brought both energy to the group and to performances when he would perform a solo. One thing I always liked is that he would try anything I asked him to. Whether it was learning this song on guitar, hitting this high note, or changing something up, he was thirsty to get better.”

Having the opportunity to be a musician and write songs means a lot to Townsend.

“My biggest inspiration is God because He’s never going to give up on you as long as you keep faith in Him and trust His acts. I’m so excited for this step in my life and give all the praise to Him. None of us could do it without God. The amount of support I have from my family and friends means more than they will ever know, and I am very grateful. Just knowing they are supporting my every move and knowing whatever happens that they will be there is the biggest thing for me. It was such an amazing opportunity for my song to be heard all over the world. I hope this adventure takes me to big places with amazing people and opportunities to withhold.”

Townsend named Morgan Wallen, Luke Combs, Cody Johnson, Kameron Marlowe, Easton Chambers, Keith Urban, Randy Travis, and Keith Whitley as some of his favorite country artists. Although there are several he would like to collaborate with, one stood out to him above the others. “Cody Johnson seems like a very nice and down to Earth guy who puts all of his trust and faith in God to fulfill his dreams.”

For those looking to follow in Townsend’s footsteps, he offered a simple but heartfelt message. “Be yourself and never give up even when you don’t have lots of support.”

He is the son of Thomas and Stephanie Townsend with two sisters: Kaitlyn and Katherine. He graduated from Straughn High School in 2020 and Alabama Aviation College on Dec. 13, 2021.

“While I want to fulfill a big dream this year and work on airplanes, I also want to see where my music takes me. No dream is too big or too small, and if I can do it, you can do it, too,” Townsend said.

To hear his music, visit https://www.youtube.com/watch?v=_wP9Ljtq710.