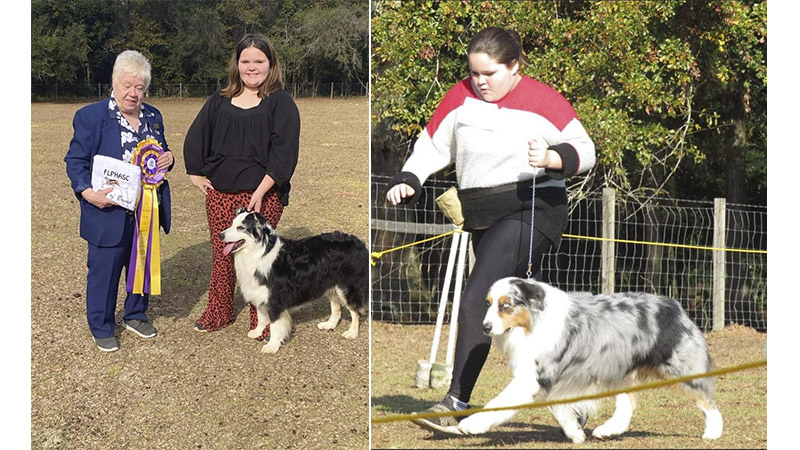 Raley Maddox will be back in the dog show ring this weekend at the Florida Panhandler Australian Shepherd Club after winning big at a show this past weekend.

The show will be held at the Baker Area Arena in Baker, Florida. Raley will be competing in the Junior and Intact Breed Rings. The first conformation show will start Saturday, Jan. 22 at 9 a.m. There will be two conformation shows on Saturday and a Sunday show starting at 8:30 a.m.

For the weekend in Quincy, Florida, Raley and her Aussie boys competed in three separate shows. Raley competes in the Junior Ring for Junior points toward finals in October and in the Intact Breed Ring, where she can gain points. She is now working toward finishing her dog, Navy to an Australian Shepherd Club of America (ASCA) Champion. Raley and Navy gained two points toward his championship at the show in Quincy.