“Stormin’” Norman Horton has qualified as a Republican candidate for the District 31 State Senate seat.

Horton’s lifetime of experiences has prepared him for serving the people of Coffee, Covington, Pike, and Dale County as the next Republican State Senator of District 31. What is Norman’s take on that? “So What?! …..If my life experiences are only used to get your vote, then I am no different than anyone else asking for a paycheck to ‘fix’ Alabama just because they checked all the boxes of being a ‘good person.’” 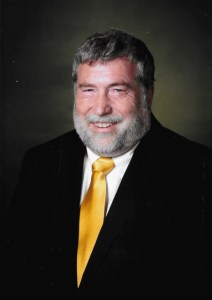 Horton is married to his first wife of 42 years, Roslyn New Horton, who comes from a long line of Alabamians in Randolph County. It has been said that a man’s true measure is reflected in his children. Norman and Roslyn have four children; Cindy a former manager for Thomas and Betts in Memphis; Brian, head IT director for Duke Schools in Raleigh; Michael, a real estate investor, and Becky, who owns an IT company, both in Florida.

Like most who risked it all to create jobs and make a difference, Horton has experienced life’s ups and downs. Failure has been a learning tool and provided the incentive to pick himself up and move forward.

He graduated from Alabama Aviation and Technical College with a degree in Aviation Maintenance. Horton used the skills from earning his A&P license to build Stormins Towing and its associated businesses from the ground up. As is his practice, he gave back to the community with T.O.W.E.D., a program where people and their cars were taken home free on New Year’s Eve.

Never afraid to get his hands dirty, Stormin could often be seen working alongside his greatest assets, his people. He believes true leaders lead by example.

He is described as a champion for the working men and women of Alabama who doesn’t just talk the talk; he has worked the walk since he was 9-years-old.

Horton welcomes public input at www.storminnormanhorton.com or texting his cell at 334- 545-NORM. When asked why he publishes his cell phone when other candidates don’t, his answer is simple: “Horton hears YOU because I am running for you, not from you!”

Horton has jumped in to “fix” things in our government when it was detrimental to the working man and woman. Locally with police departments, statewide when he wrote towing requirements for Col Jones, and nationally as the keynote speaker presenting trucking industry issues to the Department of Transportation in Washington D.C.

Not waiting for a paycheck, Norman went to Montgomery five years ago as a private citizen. He has written bills and shepherded them through the Senate and the House and on to the governor’s desk. Even more importantly, he worked tirelessly to kill unconstitutional bills. Horton has been told by legislators that he has a reputation for being a fighter in Montgomery and his common sense bills were not too common.

Horton is running to continue his work and keep a closer eye on legislation that will be beneficial (or harmful) to Alabama’s best assets, its people, by being elected the next Senator of District 31. As a Ham radio operator, W4NDH, he feels SOS means it is time to Save Our State from the downward spiral so many states have taken.

Horton respectfully asks for your vote and financial support to term limit the career politicians by voting Horton as the next State Senator for everyone in District 31.