Tigers return players with move to 1A Region 2

(Editor’s Note: This is the sixth of a six-part feature series highlighting the 2022 football schedules for the schools of Covington County.)

With most of last year’s football roster returning, Red Level is ready to make some noise and stay healthy for the 2022 football season.

The Tigers stay in Class 1A and shift into Region 2, along with eight additional teams. Kenny Skipper leads RLS for the sixth consecutive year after arriving home in 2017.

“This will be a different year for us since we have not been in a nine-team region before. For once, we came out on top of the scheduling and have a lot of rivalry games the first part of the year. Florala, Pleasant Home, and McKenzie are pretty big rivals for us, and we will be ready for them. Having a jamboree will give us a chance to get some snaps in before we jump right in the fire with a region game,” Skipper said. 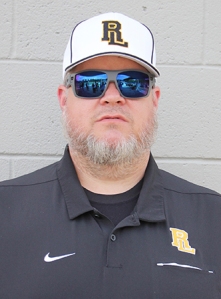 “I’m good friends with Coach (Jason) Wambles at Samson, and we felt like they were going to move up to Class 2A. We still wanted to play them, and it worked out where we both had Week 10 open. I called Bullock County, and we were able to get that one scheduled. Those two for non-region should be two really good football games,” he said.

Red Level will alternate sites in October with a quartet of region contests. RLS welcomes Kinston and then makes a trip to Georgiana. The Tigers meet Brantley in the final region game and close the regular season at Samson in a non-region tilt Friday, Oct. 28.

“I would put this region up against anybody in the state, and it’s a tough one to play in. Brantley seems like they’re good every year, and adding Elba will be tough with the athletes they have. Houston County has been really good lately, but I don’t know where they will fall in there. From the jamboree week all the way to week 10, all of our games will be really physical, and it will be a challenge our guys will be ready for.”

Having the opportunity to lead his alma mater means everything to him.

“Red Level is a great place to be. I love my job and these kids I get to be around in the classroom, on the field, and in the weight room. It also presents challenges, but we welcome those. I have the best job in the world and get to do what I love every single day. We are really looking forward to next football season,” Skipper said.

Red Level finished the 2021 season with a 4-5 overall record.