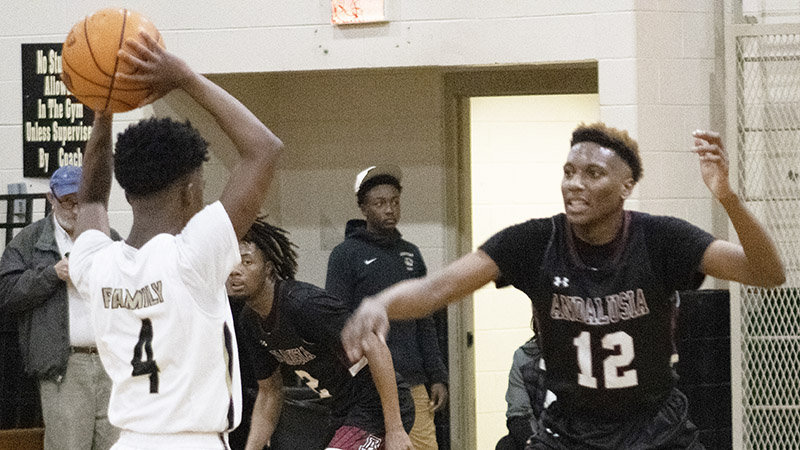 Andalusia gave a strong effort but fell short 70-51 at Greenville in the 5A Area 2 Boys Tournament semi-finals Tuesday.

Both teams began the game with double-digit showings in the first period. Jordan Stallworth led the Bulldogs with seven points to begin the game. Laquan Robinson hit a trio of three-pointers, and Tyler Mallory added seven to help lead the Tigers to an 18-10 lead. Brendan Davison scored five in the second for AHS as Cammeyun Love went four-of-four at the free-throw line. Jayleen Washington knocked down two long-range shots for Greenville, who took a 35-29 lead over Andalusia at halftime.

Stallworth began the second half on a tear with eight more in the third as Davison and Love added two each. Mallory led with six points in the period, and Chauncey Stewart added five free throws. The Tigers outscored the Bulldogs 18 to 12 and increased their lead to 53-41 with eight minutes to go. Davison had four in the final period, while Omare Latimer and Stallworth each swished a three. Javonte Herbert went four-of-four at the line. Mallory and BJ Richards both had three in the final frame.

Stallworth was the top scorer for the Bulldogs with 21 as Davison also finished in double figures with 11. Latimer and Sigers chipped in six and five points, respectively. Mallory led the Tigers with 21 points in the win. Richards and Stewart were next and tied with 11 each for Greenville.

Andalusia ends the season with an 8-20 record.