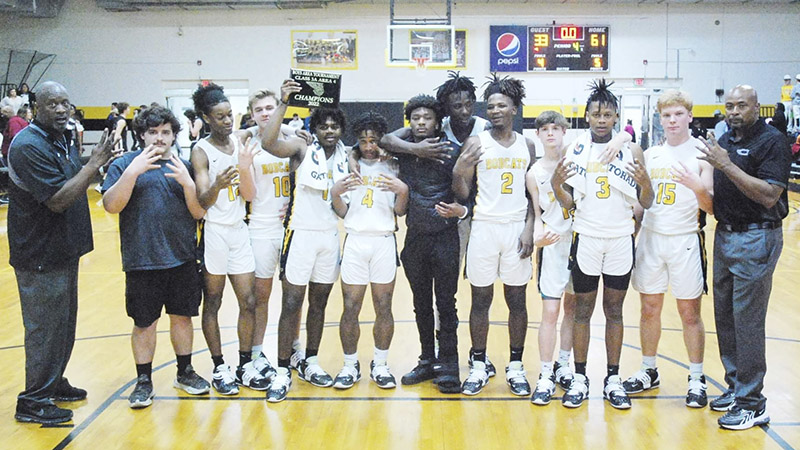 The Opp Bobcats won the 3A Area 4 Championship over the New Brockton Gamecocks on Friday, Feb. 11. It was the fourth consecutive area title for the OHS boys. (PHOTO BY TRIPP NORRIS)

Opp surged to the fourth straight area championship with a 61-33 win against New Brockton in the 3A Area 4 title game Friday, Feb. 11.

The Bobcats led 12-4 at the end of the first period and pushed their halftime lead over the Gamecocks to 32-21. NBHS was unable to get into an offensive rhythm in the second half and scored only six points in each period of the second half. Meanwhile, OHS scored 18 in the third and added 11 in the fourth to run away with the win.

Both teams now turn focus to the sub-regional round Tuesday, Feb. 15 at 6 p.m. The Bobcats will host Area 3 runner-up Wicksburg, while the Gamecocks go to Area 3 champion Houston Academy.