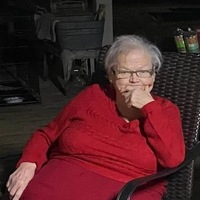 She is preceded in death by her great-grandchild, Makayla Thomason.