The 22nd Judicial Drug Task Force served a search warrant that resulted in the arrest of an Opp man on drug-related charges.

Jessie Donelle Wade, 38, of Opp was arrested as a result of the search and charged with two counts of distribution, drug trafficking, tampering with evidence, and possession of drug paraphernalia. 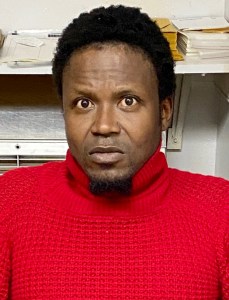 On Monday, Feb. 14, the DTF obtained a search warrant after a month-long investigation into suspected illegal narcotic activity at 111 Heimer Dr. in Opp. The Covington County Incident Response Team assisted the DTF with executing the search warrant and taking Wade into custody.

During a search of the residence, DTF agents located approximately 85 grams of methamphetamine along with other miscellaneous drug paraphernalia, digital scales, a shotgun, U.S. currency, and numerous small plastic baggies consistent with drug sales.

“We appreciate the work of the Drug Task Force in removing drugs off the streets in our community,” said Opp Police Chief Kevin Chance.

“The drug task force’s ability to take action, along with IRT Incident Response Team has removed one more dangerous dope peddler off the streets of our community. I fully expect to see more arrests stemming from this one. To think that this took place near a church, pedaling dope sickens me to the core. This is a scourge in all communities and we must stay diligent. Our community of law enforcement officers is determined to fight this war on drugs. Cases are made every day and with that comes a lot of leg work; work the public rarely sees. I can assure you that these officers have done their homework and that when the door slams, this guy will be in for the full stay.”

The 22nd Drug Task Force Commander, Mark Odom, expressed thanks to the Covington County Incident Response Team, Opp Police Department, and the SBI for their assistance in the case.