Rehearsals underway for ReAct’s ‘Ladies of the Jury’ 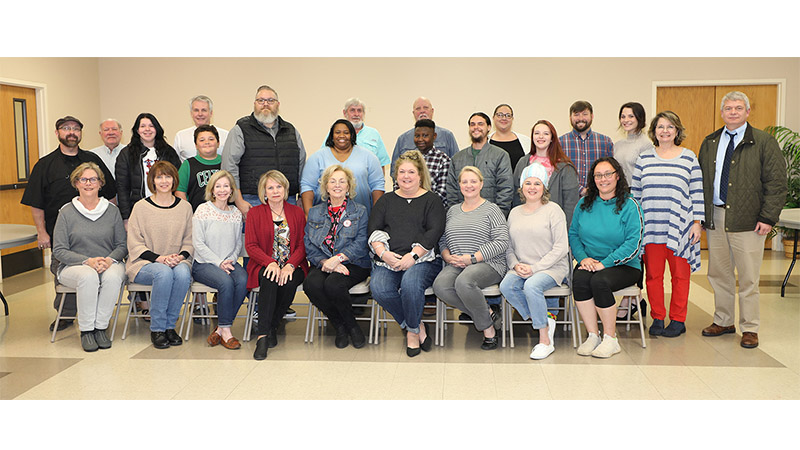 State history was made in Andalusia in 1955 when then-Circuit Judge Bowen Simmons impaneled an advisory jury of six women and six ministers to decide the future of a child in a custody case that involved a well-known young couple. It was the first time women had ever served on the jury in Alabama.

Andalusia native Marianne Merrill Weber has written a fictionalized play based on the true story which Roger Powell is staging this spring through a new arts organization, ReAct Theatre & Arts. The cast had the first read-through of “Ladies of the Jury” Thursday night, with the playwright on hand.

Weber, who lives in Prattville and is a frequent visitor to her hometown, thanked both Powell and the cast for agreeing to do the project.

“You can write until doomsday, but until somebody says, ‘I’ll read it,’ it doesn’t come to life,” she said.

She was a child growing up on College Street at the time of the actual case, and has no recollection of the story, she said. But much of what she wrote about, she does remember from the time. She also has done extensive research on the actual case.

ReAct will present the play in the Andalusia City Hall Auditorium on Friday, Saturday, and Sunday, April 22, 23, and 24, and other special activities are being planned around the event. 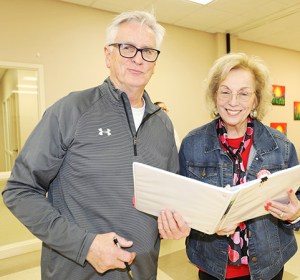 Director Roger Powell, left, talks with Andalusia native and playwright Marianne Merrill Weber at the first rehearsal of her play, ‘Ladies of the Jury,” which is based on a true story that occurred in Andalusia in 1955 and was the first time women served on a jury in Alabama.

Rev. Williams – (to be announced)