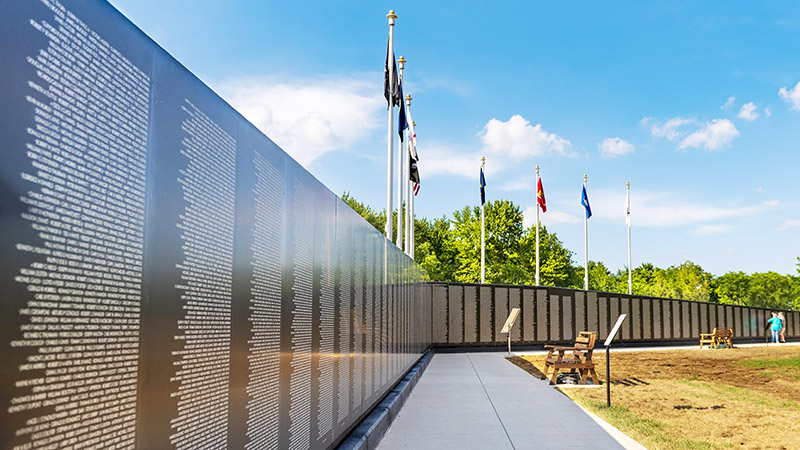 I am 55 years old, so I only have vague memories of the Vietnam War. I do remember sitting around the TV at night and watching the planes arrive home with our POWs. Of course, I did not fully understand the significance of what was happening, but I knew that my family, particularly my Father, who was a Korean War Veteran, viewed these “homecomings” with a seriousness that let me know it was important. Like many of us, I had family members that served in Vietnam and suffice it to say, the experience had a profound impact on their lives.

During my formal military education, we were schooled intensely on the strategic lessons of Vietnam, which was, in a phrase “never again.” What ultimately became the “Powell Doctrine”—clear objectives, overwhelming force, and a clear exit strategy—became part of the DNA of my generation of military professionals (or so I thought). It came to fruition in the First Gulf War, where you may recall President George H.W. Bush was roundly criticized for not “going on to Baghdad” and toppling the regime that was responsible for the invasion of Kuwait. However, the objective was to repel the invaders from Kuwait and after that was accomplished, American forces were able to exit the conflict in an orderly fashion. At any rate, the Vietnam War has always been a difficult topic for most of us—a lost war with far-reaching consequences on the psyche of America.

Maybe the most tragic aspect of the Vietnam War was the way some of our soldiers were treated upon their return from the War. It got so bad that our service members were told not to wear their uniforms in public. It is hard to even imagine that there was a time when our brave men and women in the service were legitimately concerned about being associated with the United States military. I think most Americans collectively regret this part of our history.

Against this background, and with the 50th Anniversary of the conclusion of the American military in Vietnam being recognized in April 2025, the Covington Veterans Foundation chose to honor Vietnam War Veterans with our Veterans Day “Celebration of Heroes” performance and exhibit. We wanted to let our Vietnam Veterans know that we appreciated their sacrifice and service and replace some of the bad memories they still carry from the War.

To continue our mission of honoring Veterans, the Covington Veterans Foundation, in partnership with the City of Andalusia, is proud to announce that we have secured an appearance of the Vietnam War Memorial Traveling Wall this Summer in Covington County from July 28 to August 1.

Most of us are familiar with the actual Memorial on the Mall in Washington D.C. It is a reflective, black granite wall with the etched names of the 58,318 men and women who died in combat or are listed as missing in action. According to the Vietnam Veterans Memorial Fund website (www.vvmf.org), there are 15 names on the Wall from Covington County, Alabama.

The Traveling Wall is an exact 3/5 scale replica of the Memorial Wall in Washington. It stands six feet tall at the center and is over 300 feet long from end to end. It is in high demand throughout the Country and the appearance in Covington County will be the only appearance in the State of Alabama in 2022. The Traveling Wall be set up in the Veterans Park behind City Hall in Andalusia, where it will remain open to the public 24 hours a day for 5 days. There will be an opening ceremony on Thursday, July 28 followed by a patriotic music tribute on the grounds of Springdale. We have been told by people familiar with the Traveling Wall to expect between 10 to 15 thousand people visiting the Wall during the 5 days that it will be here!

This is an exciting event for our community, and we hope you and your families, especially those touched by the Vietnam War, will visit the Traveling Wall while it is in Andalusia. It is a great opportunity to honor our military heroes in general and especially Vietnam Veterans and their families. We want them to know that disagreements about the War and political views have nothing to do with how thankful we are to the brave men and women who made the ultimate sacrifice.

[Ben Bowden is the President of the Covington Veterans Foundation and a member of the United States Air Force Reserves. If you would like more information, please visit our website at www.covvets.org.]