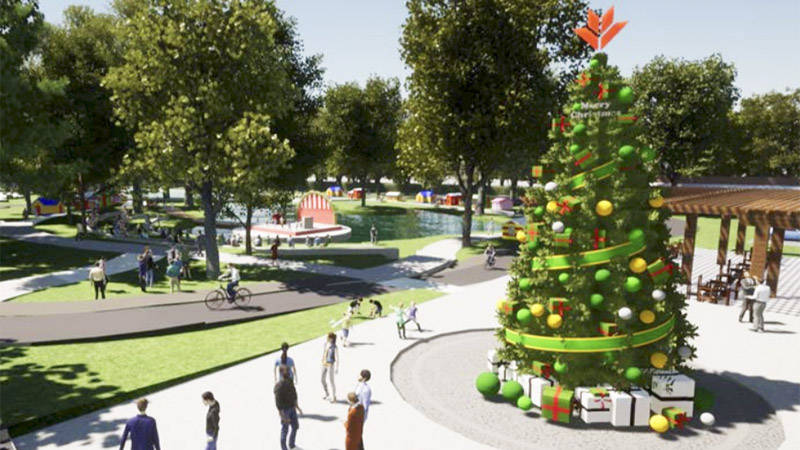 Heritage Park is planned for development at the intersection of South Cotton Street and Tisdale Street near the old depot.

Andalusia this week moved a step closer to the new Heritage Park, which is planned for development at the intersection of South Cotton Street and Tisdale Street near the old depot.

The City of Andalusia’s planning partners from Concordia unveiled their concept drawings to the Andalusia City Council in a meeting on Tuesday. Concordia, an architectural, planning, and community engagement firm based in New Orleans, used surveys and town hall meetings in Andalusia to secure input from more than 400 area residents before designing the proposed park.

“The participation and interest were great,” Steven Bingler told the council. “We think we’ve included all of the ideas in our planning.”

The resulting concept includes a plaza entryway featuring a fountain that can double as a small splash pad; an amphitheater; walking and biking paths; a pond; picnic pavilion; fitness stops and a carousel. 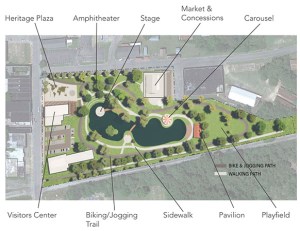 Bingler said the fitness stops and the trails give the park a health component.

“If we identify the trees we plant, the whole thing turns into an arboretum,” he said. “People don’t learn everything in the classroom.”

Mayor Earl Johnson said the park will make Andalusia even more attractive as a destination.

“These are the kinds of things we’re doing to make Andalusia a destination city,” Mayor Earl Johnson said.

Concordia also has developed concepts that show the park hosting the parts of Candyland that currently occur at Springdale, with the idea of keeping the two sites – the Court Square and the park – closer together for visitors.

Bingler said the next step is to work with CDG, Inc. to develop an engineering plan for the water features and other aspects of the park. The park can be developed in phases, he said, adding that portions of it may qualify for grant funding.

After reviewing the concepts, the council authorized city personnel to move forward with the next step in the planning.