Frances Burke Grimes, age 93 of Andalusia, passed away peacefully at her residence on Feb. 16, 2022, surrounded by her family.

Funeral services will be held Saturday, Feb. 19, 11 a.m., at Foreman Funeral Home with interment to follow at Magnolia Cemetery. Visitation will begin at 10 a.m. at Foreman’s. Her nephew, Kelly Burke will officiate. 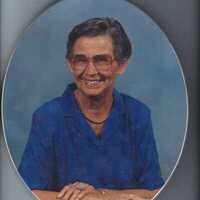 She was born July 7, 1928, in Slocomb, Alabama. She was the oldest of four children born to Jake and Mary Burke. They later moved to Andalusia to own and operate Andalusia Mattress. Frances graduated from Andalusia High School in 1947 and had the privilege of riding in the 2017 Homecoming parade honoring her 70th class reunion. In 1948, she married Harold Grimes and spent that part of her life raising her six children and supporting her husband in his furniture business.

She always enjoyed spending time at the beach, so upon Harold’s retirement, they took permanent residence in Panama City Beach. Nothing made her happier than to have her pool full of splashing grandchildren, great-grandchildren, and all of their friends. She was known as “Granny Fran” to so many. She kept everyone straight with the fear of her “Spring Break” paddle. Her family will always treasure the memories made at “Granny Fran’s Beach House.”

She is preceded in death by her parents, Jake and Mary Burke; her husband, Harold Grimes; her daughter, Melissa Grimes Henderson; her granddaughter, Jaime Douglas; her great-granddaughter, Meredith McGlamory; her brothers, Kelly and Danny Burke; and her sister Janette Burke Carroll.

Flowers will be accepted or donations may be made to Meredith’s Miracles at meredithsmiracles.org or P.O. Box 2032, Andalusia, AL 36420 in memory of Frances Burke Grimes.