A man suspected in a Florida murder case was arrested in Opp Thursday after being taken into custody by the U.S. Marshals Service.

Tyauvion Morris, 19, of Crestview, Florida was wanted in connection to a homicide investigation in Fort Walton Beach involving the shooting of Nancey Schreiner, 44, according to the Okaloosa County Sheriff’s Office. 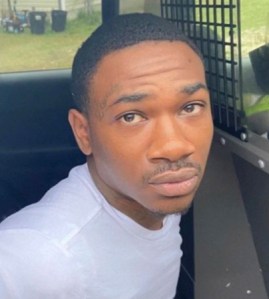 The arrest followed an announcement last week by Okaloosa Sheriff Eric Aden asking for the public’s help in locating Morris and another suspect, 19-year-old Jacob Gabany of Crestview, who is still at large.

A third suspect in the investigation, Travon’te McLaughlin, 23, of Crestview was arrested last week and charged with murder while engaged in a felony offense and firing a missile into an occupied residence.

Schreiner was killed in gunfire near the intersection in the area of Sylvania Heights. Investigators found 73 shell casings from an assortment of ammunition at the scene. Investigators believe the suspects were trying to shoot someone else.

Bullets from the gunfire allegedly entered several nearby homes and vehicles.

Anyone with information on Gabany is asked to contact the OCSO at 850-651-7400 or Emerald Coast Crime Stoppers at 850-863-TIPS, emeraldcoastcrimestoppers.com, or through the P3 Tips mobile application.