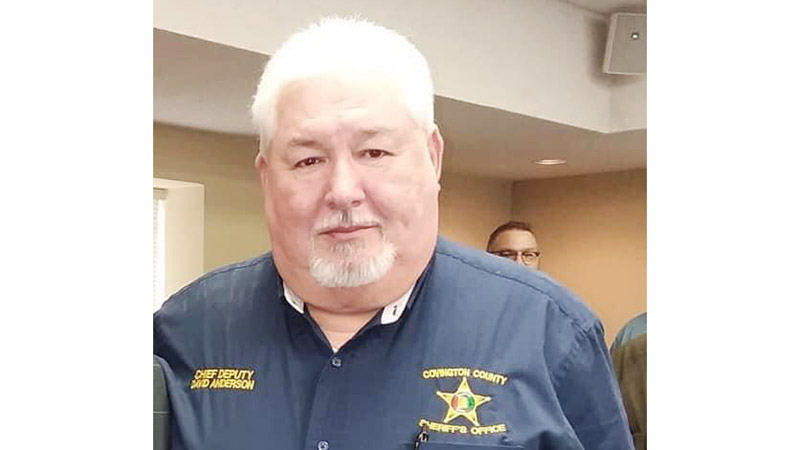 Anderson served about 40 years in law enforcement, serving his community since becoming an EMS at the age of 16. He went on to serve alongside his father, John Shelby Anderson, at the Andalusia Police Department before serving in McKenzie and then returning to work at the old county jail.

In 1992, he became the chief of police for the Red Level Police Department, a position he held for about 15 years.

While at Red Level, Anderson worked closely with Dennis Meeks who would later become sheriff and made Anderson his chief deputy. He went on to serve 12 years in that position before retiring in 2018.

“When I was elected sheriff in 2006, I needed someone as my Chief Deputy who not only had law enforcement experience, but also someone the community looked up to and, most of all, someone I could trust. Without a second thought, I knew that person was David Anderson. During my 12 years as sheriff, I could not have picked a better business partner,” Meeks said.

Funeral services for Anderson were held Wednesday at Red Oak Baptist Church with interment following at Andalusia Memorial Cemetery. Among those surviving Anderson is his wife, Linda.