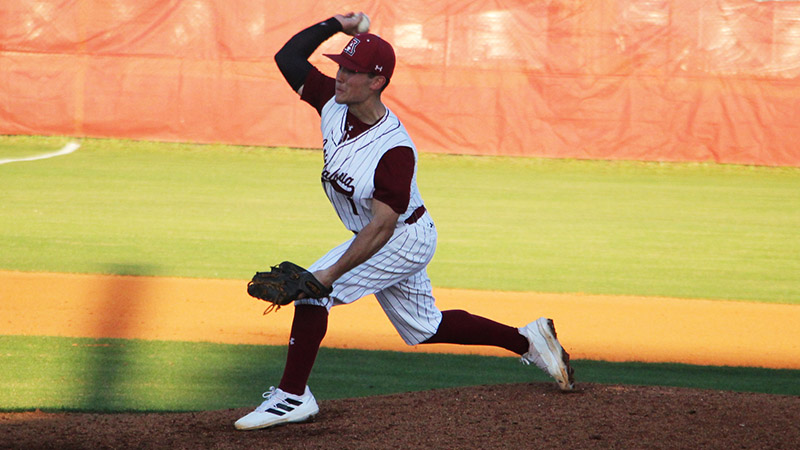 Ayden Amis was dominant on the mound for Andalusia in the team's win over Greenville. Amis threw a complete-game shutout and helped the Bulldogs to their first area win of the season. (PHOTO BY ROBERT BLANKENSHIP)

“It was a great team win for us. We really played a complete game against a really good team behind a great pitching performance behind Ayden Amis. We had two huge hits from Conner Brooks and Parker Adams to score the two runs we needed in the fifth. The goal is to win the series, and that’s what we will try and do on Tuesday,” Head Coach Tyler Dent said. 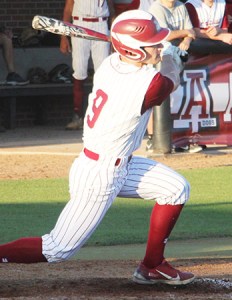 Parker Adams had a big RBI double in the fifth inning for Andalusia.

Braxton Kimbro started the game with an infield single and was quickly picked off at first. Christian Hill followed with a walk as Ayden Amis closed the top of the first with consecutive strikeouts of Jacob Foster and Christian Stinson. The Bulldogs (4-8, 1-0 5A Area 4) mounted a two-out rally when Joseph Turner reached on an error and Parker Adams singled to right. Hill stranded Turner and Adams in scoring position and escaped from further trouble with a fly out. The Tigers (11-2, 0-1) put two aboard in the top of the second but could not solve Amis. Jack Day earned a walk in the home half, as the contest remained scoreless after two innings.

Hill singled in the third, and Foster followed suit. Once again, Amis eluded further damage and kept GHS off the board with a strikeout and line out. Conner Brooks reached on a miscue and moved to third on a sacrifice bunt by Turner. Hill left Brooks on base and continued the scoreless drought. Amis had a 1-2-3 frame for AHS in the fourth. Tucker Glenn singled up the middle before Hill capped the frame with a pop-up and strikeout. 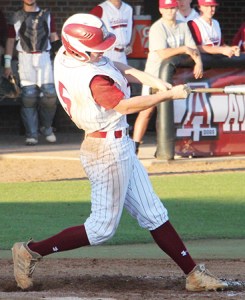 Garrett Blackston makes a powerful swing during an at-bat for the Bulldogs.

Kimbro earned a one-out single for Greenville in the top of the fifth and was unable to advance. Connor Dalton slashed a leadoff single and took second on a sacrifice bunt from Amis. Brooks then delivered a clutch RBI single into left and gave Andalusia a 1-0 lead. Following another sacrifice, Adams roped a two-bagger to right and made the score 2-0 after five innings of play. Amis needed only nine pitches to retire the side in the sixth, and Hill used 10 pitches for three outs.

Amis finished with a flourish and earned his last two strikeouts in a 1-2-3 top of the seventh. Adams finished 2-for-3 with an RBI to lead the Bulldogs at the plate, and Dalton was 1-for-2 with a run. Brooks and Glenn each went 1-for-3. Amis earned the win with a complete-game shutout and allowed four hits while striking out 11. Kimbro paced the Tigers with a 2-for-3 day, while Hill ended the contest at 1-for-2 and Foster at 1-for-3. Hill took the loss and allowed two earned runs on five hits while striking out four. 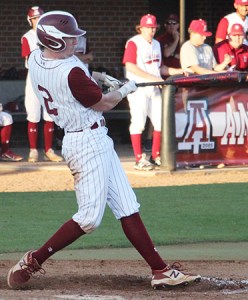 Andalusia will travel to Greenville as the series concludes with a doubleheader Tuesday, March 22 beginning at 5 p.m.