The Covington County Sheriff’s Office responded to a string of burglaries that led to the arrest of a suspect. 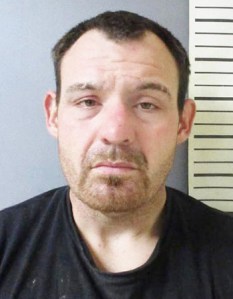 According to Covington County Sheriff Blake Turman, investigators responded to reports of several burglaries in the days leading up to the arrest.

“Our investigators were quick to build a case that led to the arrest. I’m very proud of the work done by our investigators. They did a fine job,” Turman said.

The burglaries all took place in the Loango area and targeted hunting camps and items that could easily be taken and turned into cash, such as trailers and copper, according to Turman.

The total bond set for the assortment of charges against Caine was $111,000.

Turman said the case is a reminder that citizens should take precautions to protect themselves and their property.

“Please protect yourself and belongings, especially hunting camps that are not visited often. Remove keys, lock outbuildings and campers and have a substantial gate that is sturdy and of course locked. Homeowners should do the same.

“We will continue to catch these thugs and prosecute to the fullest. Our investigators did a fine job and were able to close this case quick, especially with community involvement. Thanks to all of you for your help,” Turman said.