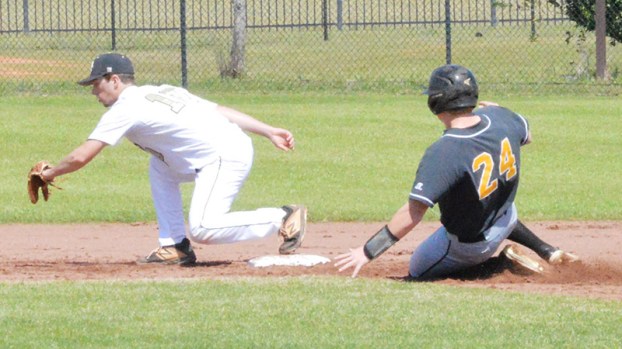 Straughn's Jared Hawkins, left, makes an out at second base on a force play to retire Opp's Colby Ballard. 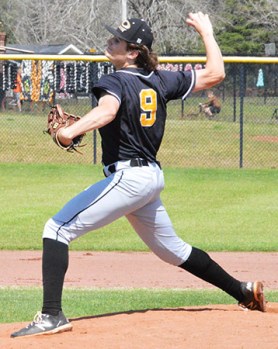 Walt Spurlin threw four shutout innings and was the winning pitcher for the Bobcats. 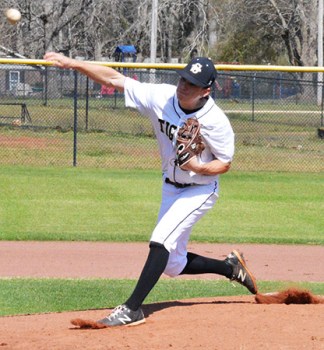 Emory Melvin started the game on the mound for the Tigers. 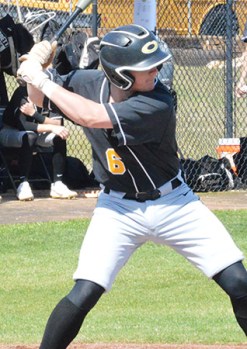 Ethan Cox focuses on the next pitch of an at-bat. 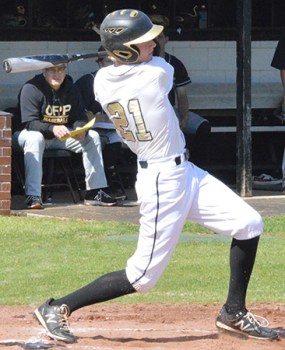 Taylor Sikes follows through on a swing. 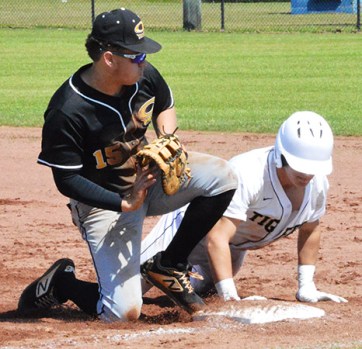 Tanner Hall, left, looks to make a defensive play at first base as Abram Guilford hustles back. 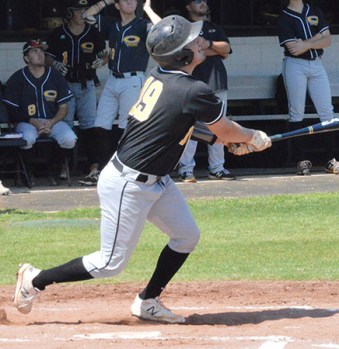 Robbie Gafford puts the ball in play and hits a base hit for Opp. 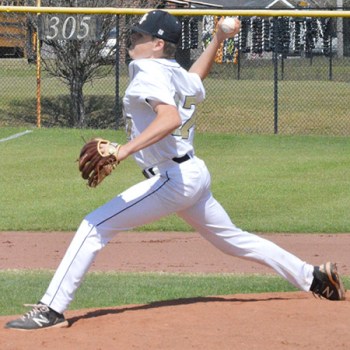 Clark Gay took over on the mound in relief for Straughn. 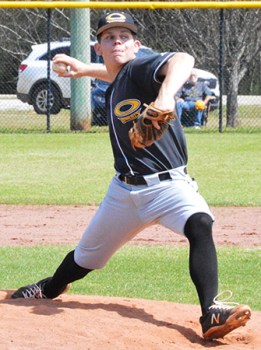 Andrew Danford closed out the game with a scoreless inning in relief.

Opp took an early lead and used a huge fifth inning for a mercy-rule win, 15-0, at Straughn in varsity baseball action Saturday.

“I’m proud for the win and thought we competed on the mound. The offense started the game off fast with three runs, and the home run to lead off the game was huge. Defensively, we played really well and turned a double play when we needed to. I’m very pleased with our performance in all three aspects,” Head Coach Michael Cassady said.

Terry Davis wasted no time and hit a solo home run to center on the fourth pitch of the game. Andrew Danford gave the Bobcats (10-4) a 3-0 lead with a two-run double and plated Ethan Cox and Cody Walsh who reached on consecutive singles. Emory Melvin fought back and retired the next two batters. Saxby Radford earned a one-out walk for the Tigers (3-6) in the home half of the first, but Walt Spurlin earned a 1-6-3 double play and ended the inning.

OHS loaded the bases on a double and two hit batsmen with no outs in the top of the second. Robbie Gafford drove in Tanner Hall on a sacrifice fly. Danford kept the inning going and reached on a two-out error as Nelson Hall and Davis scored for a 6-0 lead. Zayd Rogers led off the bottom of the frame with a single through the right side for SHS. Spurlin was not fazed and struck out two of the next three batters.

Opp loaded the bases in its portion of the third but was held scoreless for the first time when Clark Gay earned the final out on a fielder’s choice. Abram Guilford started a two-out rally when a pitch hit him. Radford followed with a single up the middle before Spurlin thwarted the threat with a groundout. Gay retired the side on 14 pitches for Straughn in the fourth. Spurlin struck out the side and only allowed a one-out walk to Cal Ashberry in the bottom half.

The Bobcats put the game out of reach in the fifth. Cox drew a bases-loaded walk to plate Tanner Hall. Walsh drove in Nelson Hall and Gafford on a double for a 9-0 lead. Two hit batsmen and a walk moved the score to 12-0. Zavier Phillips cleared the bases with a triple. Houston Smith retired Kade Taylor to end the inning. Danford took the mound in relief as the Tigers stayed alive with two-out hits from Guilford and Radford. A pickoff at first ended the game.

Davis and Walsh each went 2-for-3 to lead the OHS at the plate, while Danford finished 1-for-3 with two RBIs and a run scored. Spurlin earned the win and scattered two hits in four innings and struck out six on the mound. Radford was 2-for-2 to pace SHS. Guilford and Rogers went 1-for-2. Melvin allowed six runs (four earned) on five hits in 1 2/3 innings and absorbed the loss.

The Tigers edged the Bobcats, 6-5, on a walk-off single by Laeton Smith in the JV game.