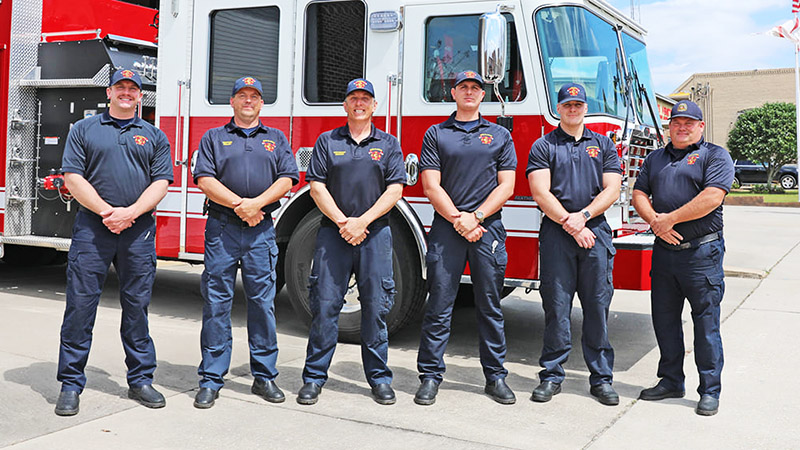 These Andalusia Fire Department firefighters responded to a Barton Street house fire with entrapment on Saturday, March 19. Two of them, Kyle Byrd and Lane Prevett, actually went into the burning house to rescue a mother and son who were huddled in the back bedroom and disoriented from smoke inhalation.

The home was saved, but sustained heavy smoke damage, he said.

All agreed that the adrenalin started pumping as soon as they heard people were trapped.

The only thought was “we gotta get them out,” Prevett said.

The feeling after they got the residents out?

“This is what we train to do,” Kelley said. “We hope we never have to use the training, but these guys did a great job.”