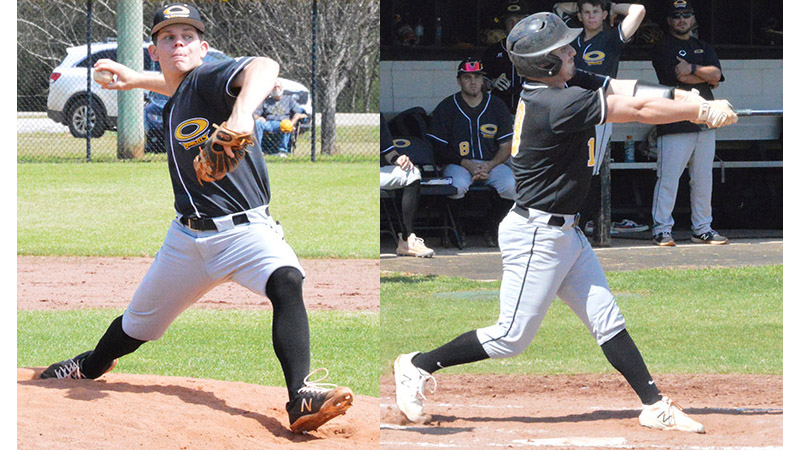 “The guys are competing and playing with a lot of energy. This is a really fun group that has done a really good job on the mound all year, and they are starting to swing the ball well. I’m proud of where my team is right now. It’s always an honor to reach this milestone, but the wins are nothing to do with me. They are for these kids and what they have done for this program. Each one has been a part of it since I first started in 2010. David Buckelew has been a big part of this success at Opp High School. Juan Johnson came on with me my first year and was my assistant who helped with the very first win. Josh Kyser, Cam Pierce, Josh Thompson, Robbie Ross, and Greg Taylor have all been part of these wins, and I’m just fortunate to coach some good kids,” Cassady said.

Andrew Danford started the game on the mound for the Bobcats (14-4) and retired the Panthers (4-5) in order. Robbie Gafford doubled in the bottom of the first as Ethan Cox singled to put runners at the corners with one out. Gafford scored on a double steal, and Cox crossed the plate on a dropped third strike for a 2-0 OHS lead. GHS cut the deficit in half with a run on two hits. Trent Spann and Michael Moore began the top of the second with back-to-back singles. Preston Garner drove home Spann with an RBI groundout. Danford struck out the next two batters, as the score remained 2-1. Trent Smith followed suit and had a 1-2-3 bottom half.

Timothy McReynolds took a leadoff walk in the third but was erased on a double play. Avery Perry then reached on an error before a lineout ended the frame. After consecutive hit batters, Gafford lined an RBI single to center and scored Jackson Pierce. Cox brought home Terry Davis on a sacrifice fly. Neither side put a base runner on in the fourth inning. Danford stymied Geneva once again, while Opp earned a pair of walks to no avail and led 4-1 after five innings.

Reggie Jackson took second on an error in the top of the sixth and scored on a wild pitch to slice the gap to 4-2. Spann singled to left with one out, and John Helms took over on the mound. Helms worked fast and set down the next two Panthers on just four pitches. The Bobcats continued the momentum with four two-out insurance runs in the home portion. Tanner Burlison scored on a wild pitch, and Pierce knocked an RBI double. Gafford capped the scoring with a two-run single to left for an 8-2 lead.

Helms faced the minimum with a scoreless top of the seventh and ended the game.

Gafford went 3-for-3 with two singles, a double, three RBIs, and a run scored. Cox was 1-for-1 with a single, RBI, and run. Pierce finished 1-for-2 with a double, RBI, and two runs. Danford was the winning pitcher and allowed one earned run on four hits in 5 1/3 innings while striking out five. Helms did not allow a hit or run and struck out two in the final 1 2/3 innings.

Opp wraps up the tournament with two games Tuesday, March 29. The Bobcats will play Eufaula at 4:45 p.m. and Kinston at 7 p.m. “Mr. Youmans’ son Spencer will come out and throw the first pitch with his family. We will talk about how long we have done this tournament and what all Mr. Butch Youmans has meant to the Opp baseball program as well as other programs in Opp,” Cassady said.