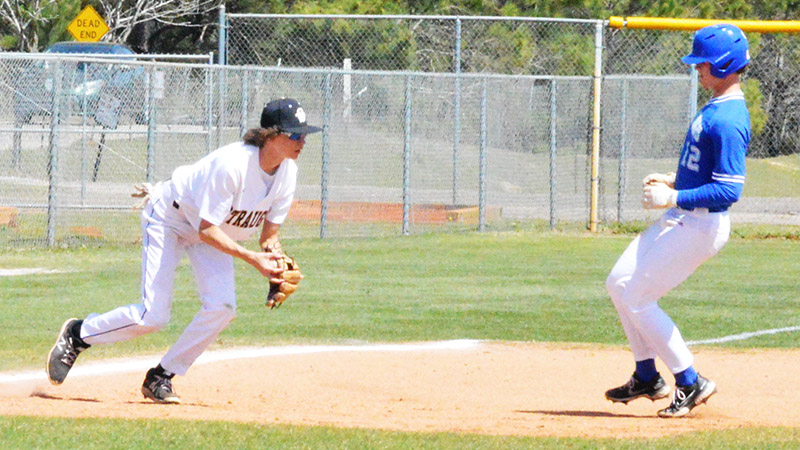 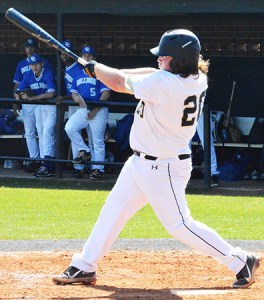 Zayd Rogers started a fifth-inning rally for Straughn with a double.

Straughn had a tough day in the field and dropped a 14-5 varsity baseball contest to Clarke County at Opp’s Butch Youmans Spring Break Tournament on Monday.

Zayd Rogers started a fifth-inning rally for Straughn with a double.

Houston Smith retired the first two batters on five pitches in the top of the first. The Bulldogs (8-4) then loaded the bases on a single, error, and walk as Jammarion Johnson lined out to Kaden Wiggins at short and ended the threat. Kendrick Jenkins set the Tigers (5-7) down in order and struck out two in the home half. 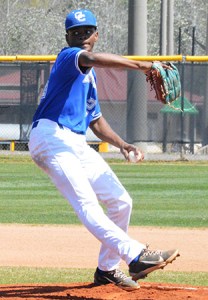 Kendrick Jenkins was the winning pitcher for the Bulldogs with five innings on the mound.

J.C. Pettis and Tamyus Pugh led off the second with consecutive singles. Pace Young singled to right after a force play. Avery Newton reached on an error as Pugh scored the initial run. Jarian Jackson then had a bases-clearing double and set up a single by Alex Steadham and walk to Reed Wilson. CCHS increased its lead to 6-0 when Jackson and Steadham both scored on a miscue. Pettis flew into a double play when Saxby Radford threw out Wilson at the plate. SHS then loaded the bases with no outs. Two pitches hit Cal Ashberry and Emory Melvin, and Jared Hawkins walked. Taylor Sikes drove home Ashberry and reached on a fielder’s choice. Samuel Hammett stroked an RBI single and trimmed the deficit to 6-2 when Hawkins scored.

Matt Ashberry took the mound in the third and got the first two outs on six pitches. Clarke County loaded the bases yet again, but Ashberry caught Steadham looking and ended the inning. Melvin reached on an infield single with two outs and took second on an errant throw. Hawkins hustled home and brought Straughn within 6-3 after three innings. Wilson doubled to the wall in left, while an error put runners at second and third with no outs. Ashberry extinguished the rally on five pitches. Abram Guilford had a two-out single and moved to third on an error. Jenkins closed out the frame with a groundout. 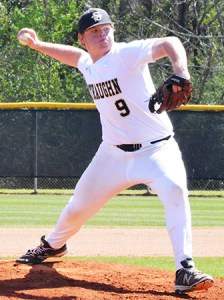 Matt Ashberry throws a strike to the plate for the Tigers.

Jackson was beaned with two away and pushed the lead to 7-3 on an error. CCHS filled up the bases for the fourth time before a grounder thwarted the rally. SHS kept the momentum on its side with two runs in the bottom of the fifth. Zayd Rogers led off with a double, and Cal Ashberry followed with a walk. After a single by Hawkins, Wiggins brought in Rogers on a sacrifice fly. Cal Ashberry scored on a double steal and made the score 7-5 with five innings complete.

Radford then took over on the mound in the top of the sixth. Newton had an RBI single and scored Pugh. Young crossed the plate on a fly out, while Steadham sent Newton home and opened up an 11-5 lead. Hammett began the bottom half with a double to center. Pettis retired the next three batters in order. The Bulldogs scored three additional two-out runs in the seventh and took a 14-5 lead. Hawkins blistered a double for the Tigers in their last at-bat but could not advance as the game concluded. 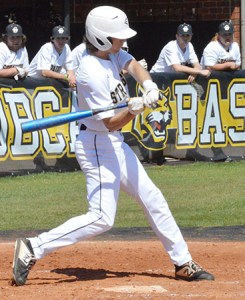 Samuel Hammett remains focused during an at-bat and hits a double to the outfield.

Hawkins and Hammett each went 2-for-3 and led SHS at the plate. Smith suffered the hard-fought loss and allowed six runs (three earned) on six hits in two innings.

Jackson was 3-for-4 with two runs and six RBIs, while Wilson went 2-for-2 with two RBIs for CCHS. Jenkins was the winning pitcher and gave up five runs (four earned) on five hits. He walked three and struck out five. 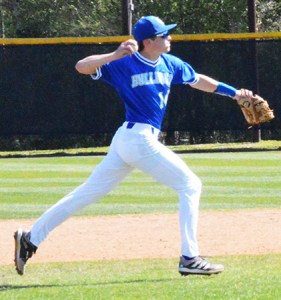 The Tigers began area play last week with a two-game sweep over Geneva. Straughn overcame a two-run deficit for a 12-11 last at-bat win Tuesday, March 22, at home and then dispatched the Panthers, 7-4, on the road Thursday, March 24.

SHS closes out the tournament Tuesday, March 29 with two games at the Babe Ruth field: New Brockton at 12:15 and Eufaula at 2:30.