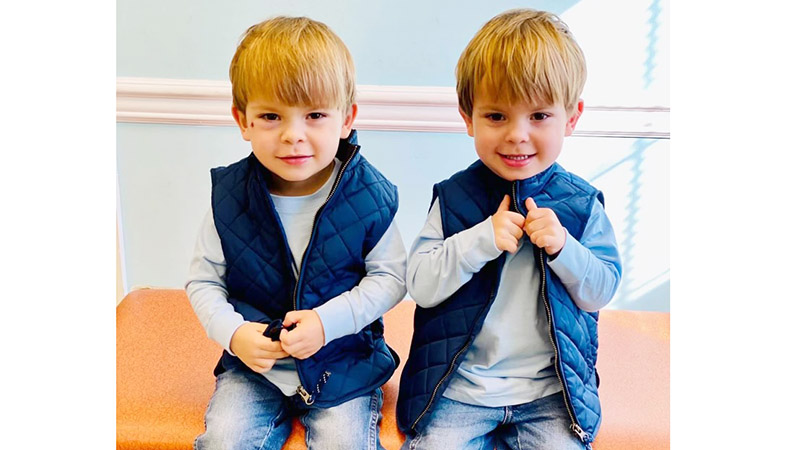 Efforts are underway to raise money for Axl and Corbyn Hartzog, who are two-year-old identical twin boys that have been diagnosed with two rare bone marrow failure diseases.

A Poker Run has been scheduled for Saturday, April 9 with stops at The Honky Tonk, Bama Bar, Adam’s Bar, and Charley’s Place. Registration begins at 10:30 a.m. with all vehicles welcome for a kickstand going up at noon. T-shirts will be available, and there will be a 50/50 drawing. An auction will be held, and the cost is $10 per hand.

“Axl and Corbyn are true definitions of miracle boys. After many years of infertility, their parents created embryos and decided to use a gestational surrogate to carry their embryos. The surrogate delivered the twins at 31 weeks and one day after doctors were not able to stop preterm labor. The twins were born weighing just a little over 3 pounds and spent 33 days in the NICU growing and getting strong enough to go home. Axl and Corbyn began having severe neutropenia and bacterial infections that ended in hospital stays due to their low neutrophil counts. After almost a year of testing, doctors and other medical research teams have diagnosed the boys with Shwachman-Diamond Syndrome and a Telomere Biological Disorder Dyskeratosis Congentia,” a Be the Match statement read.

“Axl and Corbyn are strong and fearless. They enjoy helping their daddy and mommy on the family farm feeding cows, all things dinosaurs, police, and firemen. When asked what they want to be when they grow up, they answer that they want to be big and strong like Hulk. You could be their life-saving cure,” Be the Match added.

The twins are monitored at Children’s of Alabama Oncology/Hematology and also Cincinnati Children’s Bone Marrow Failure Clinic. The twins and their family are involved in several research studies to hopefully find a cure for their boys one day.