What did “Baby Boomer” girls born after World War II that became teenagers in the 1960s do for entertainment back then? There were no cell phones then, but girls found plenty to do like head to The Record Shop after school to buy 45 and 33 RPM records, visit the City Drug Store for sipping cherry cokes and reading movie star magazines, listen to the radio station “Big Bam” with songs like Ricky Nelson’s “You Are the Only One,” Brenda Lee’s “I’m Sorry,” and “Venus in Blue Jeans” by Jimmy Clanton, play Rook and Bridge card games, sing in the Glee Club, and take piano lessons. 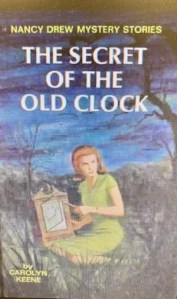 Those girls with the “big hair” that wore mostly dresses except for pedal pushers on Saturdays also read books, lots of books. Some titles were required reading in school classes and others were just for fun. Yes, my friends and I shared a love for what I will call our favorite books which were the Nancy Drew mystery series. We all had three or four each, but we would exchange books with each other. Our mothers would buy them for us when they went shopping to Montgomery. After all, they had read Nancy Drew when they were teenagers in the late 1930s and 1940s. We might receive some for Christmas or for birthday gifts, but we definitely got them. With such enticing titles such as “The Clue in the Diary,” “The Mystery of the Tolling Bell,” “The Crooked Bannister,” or “The Scarlet Slipper Mystery,” one could always anticipate an exciting mystery story.

I looked up Nancy Drew on the internet and found out some interesting facts: N. D. is a fictional character who appears in several mystery book series as a teenager amateur sleuth. The books are ghostwritten by a number of authors and published under the collective pseudonym Carolyn Keene. The character first appeared in 1930 in the series, lasted until 2003, and consists of 175 novels. Nancy Drew was made into some tv shows and even a pin ball machine which went over quite well.

The Hardy Boys series was created first in 1926 and was such a success that the founder Edward Stratemeyer decided on a similar series for girls featuring an amateur girl detective as the heroine.

The first four titles of Nancy Drew were published in 1930. The 6,000 copies that Macy’s ordered for the 1933 Christmas season sold out within days.

Over the decades, the character has evolved in response to changes in American culture and tastes such as Nancy now driving a hybrid electric vehicle and using a cell phone. 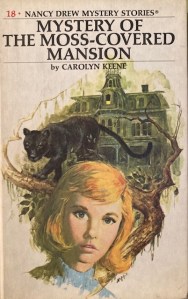 80 million copies of the books have been sold worldwide and translated into 45 languages. Nancy Drew is cited as a formative influence by a number of women including Supreme Court Justices Sandra Day O’Connor and Sonia Sotomayor to former Secretary of State Hillary Rodham Clinton and former First Lady Laura Bush.

On my social media post, I asked friends for their memories of the Nancy Drew books. To my surprise, several generations replied.

Patricia Vick Moody, Kathy King Little, and Amy Russell Spurlin all said, “I think I read and loved all of them.”

Linda Finlan posted, “The person who enjoys reading a good book is never bored. As a girl, I especially loved reading the N. D. mystery books.”

Betty Searcy Colquitt and Jan Brown Morris remembered, “I believe I probably read every one of her books.”

Beth Duggan Weed recalled her all-time favorite, “The Clue in the Jewel Box.”

Becky Kyzar Smith’s favorite was “Sign of the Twisted Candles.”

Patricia Blanton Campbell checked out N. D. books out of the church library.

Priscilla Greene Moore says, “Oh, Nancy, you were my hero!”

Sally Bass Gilmer vows and declares, “I read every one of the N. D. books – hours and hours of entertainment.”

Karen Tucker Zigler admitted, “I am from a different generation, but this was one of the first series of books I read, thanks to my mom who introduced me to them.”

Who knows whether or not Marianne Merrill Weber, playwright of “Ladies of the Jury” got her start in writing books and plays from those Nancy Drew books?

Kathy Chesser Gantt states that “AES has a complete collection of the N.D. books.”

The Andalusia Public Library was only a phone call away, and I soon learned from Children’s Librarian Caryl Lee Ray that Nancy Drew books are part of the collections in the city library. Mothers and grandmothers, take note!

If I took a poll of past readers of The Hardy Boys, I wonder how many men could remember being a fan of that series. Boys most likely remember their adventures in the out of doors. It is always fun to Remember When, and it is always fun to run across a Nancy Drew book at a yard or estate sale! (My collection is growing!)