John was the youngest of six children and is preceded by his siblings, Mary Ellen Knowles, Edward Ralls, Loree Hamiter, Mutt Ralls and Grady Ralls. 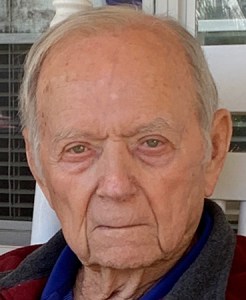 John was an excellent athlete and avid sportsman his entire life. He graduated from Evergreen High School where he was all state in football while also excelling in basketball, baseball, and track. He was highly recruited by both Alabama and Auburn before deciding to attend Auburn where he led the freshman team as a running back. John also played semi-pro baseball for a number of years after his days at Auburn.

John Greel, as he was known to friends and family, led a successful business career as a real estate developer and entrepreneur. He served on the City of Evergreen Industrial Board for many years and was the last living founder of Sparta Academy, where he served as one of the four original board members for many years. He loved his horses, and his many dogs named Jake. The most current Jake has been his close companion for the past eight years.

The family requests in lieu of flowers that a contribution be made in his memory to either the Brooklyn Baptist Church Cemetery Fund or a tax-deductible donation to Sparta Academy.