A suspect led local law enforcement on a manhunt that ended Thursday with his arrest. 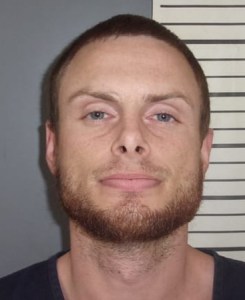 Newton was located and arrested by the Covington County Sheriff’s Office and Drug Task Force agents on Thursday, at a residence near Harmony Church Road and Airport Road. He was transported to the Covington County jail. He faces charges of first degree theft of property, a felony count of attempting to elude, possession of a controlled substance, possession of drug paraphernalia, counts of third and first degree criminal mischief, and criminal trespassing.

According to the sheriff’s office, Newton has a history of attempting to elude law enforcement. Sheriff Blake Turman reporrted that he was tracked about 32 miles in total.

Turman expressed gratitude for those who assisted in the search and capture of Newton. In addition to the CCSO, agencies involved included the Department of Corrections, Gantt Police Department, the Drug Task Force and the Alabama Law Enforcement Agency. He added that members of the community were “paramount” in the ability to apprehend Newton.