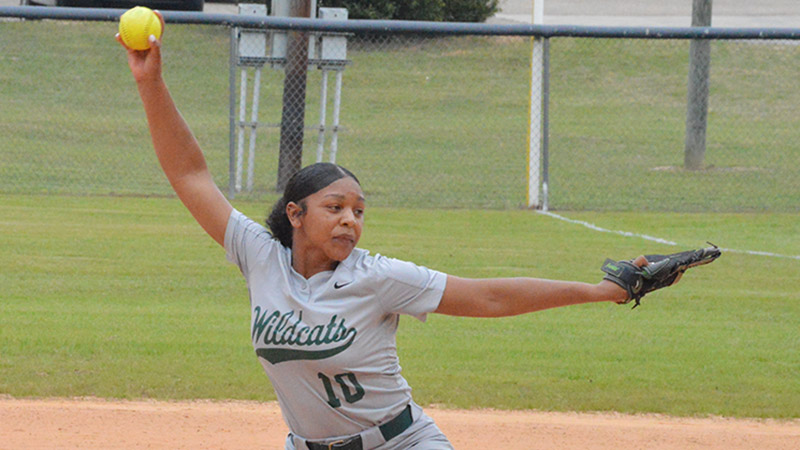 Sharae Coleman sparked the offense with three hits and also pitched a complete game for the Lady Wildcats on Monday. (PHOTO BY ZACK MAIO)

Florala led by a run after four innings but fell to Laurel Hill, 20-4, in a varsity softball game at home on Monday.

Jaelyn Todd led off the game with a walk as a double steal gave the Lady Hoboes an early 1-0 lead. Coleman left the bases loaded with a pop-up and strikeout. Twitty then struck out the side in the bottom of the first, and Coleman struck out two in the second. Todd scored on a two-out double for Twitty for a 2-0 lead. Hayleigh Hudson struck out and ended the frame. Coleman led off the home portion with a single to center and stole a pair of bases, but the Lady Wildcats (2-8) were unable to score. 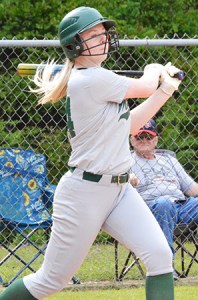 Meagan Odom takes a swing during an at-bat in Florala’s home game against Laurel Hill.

Logan Helms earned a one-out single as Coleman held Laurel Hill scoreless in the third and struck out two. Twitty issued two walks but kept the score 2-0 after three innings. Coleman allowed a leadoff single in the fourth and had another scoreless inning in the circle. Allison Ellisor led off the bottom half with a single and moved into scoring position when Cheyenne Regan walked. Coleman then hit a three-run blast to left and gave Florala a 3-2 lead. Raelee McDonald had an inside-the-park home run as the Lady Hoboes retook a 4-3 margin in the top of the fifth. Seven more runs increased the lead to 11-3, and the Lady Wildcats went quietly in their half.

After a nine-run top of the sixth from LHS, Coleman ripped a two-out triple and scored when Gracie McNeill reached on an infield single. Gretchen Varner then grounded out and ended the game. Coleman led FHS at the plate and went 3-for-3 with two runs scored and three RBIs. Ellisor and McNeill were 1-for-3 in the loss. 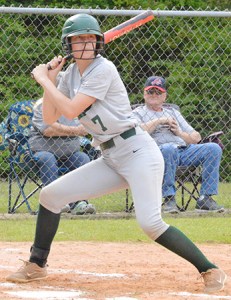 Cheyenne Regan watches closely for the next pitch. 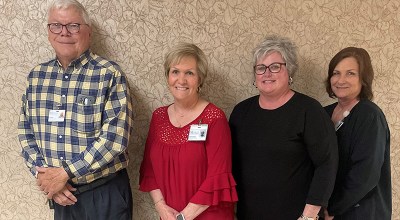 Wildcats pull away for mercy rule win over McKenzie