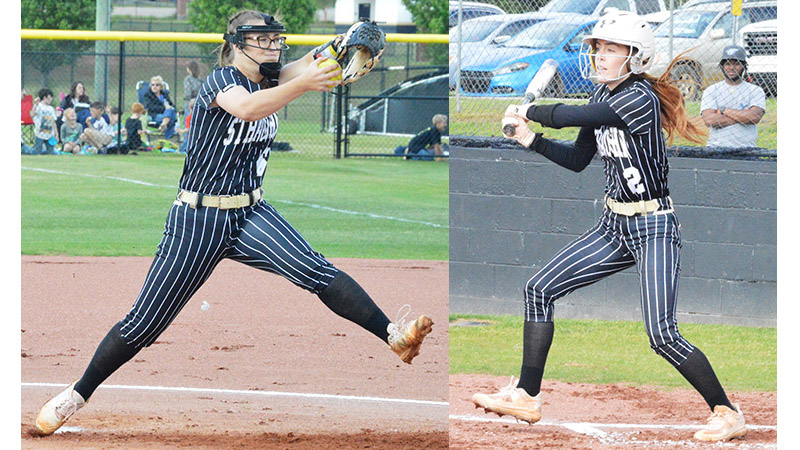 Straughn did not skip a beat and picked up a 22-0 varsity softball win in two and a half innings over Georgiana on Monday. 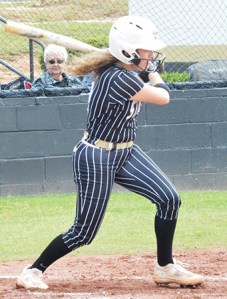 Senior Callie Carter cleared the bases with a three-run double for SHS in the first inning.

Hanna Newman, Rene Lewis, Abbey Glidewell, Callie Carter, and Abbi Hataway were recognized in a ceremony 30 minutes prior to the first pitch.

“As a group overall, they’re a good bunch of leaders who are fun to be around, and the younger ones look up to them. It hasn’t always gone the way they wanted it to go this year, but they keep coming back day after day and putting in the work I’m asking them to put in. Like I told them in the huddle, this bunch is going to do big things, and I have no doubt they will do well. Whatever they decide to do, they will be successful. We’re excited about their futures, and I was proud they were able to get a big win on senior night,” Head Coach Candace Tucker said.

Jakiriah Rivers reached on a soft pop-up with one out in the first inning for the Lady Panthers but was caught attempting to steal second. Glidewell struck out Ireland Nelson and ended the inning. Newman scored the initial run of the game when Glidewell drew a walk with the bases loaded. Carter then gave the Lady Tigers (5-16) a 4-0 lead with a bases-clearing double. Kaitlyn McVay and Lewis followed with RBI singles. After an error and walk to Paris Centner, Newman laced an RBI single. A pitch hit Melonie Harris before Hataway reached on a miscue. Glidewell helped herself again with a single. The score was 14-0 after one inning. 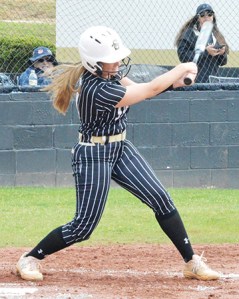 Senior Rene Lewis takes a big swing for the Lady Tigers during an at-bat in the first inning.

GHS went quickly in the second when Glidewell struck out the side. McKenzie Castleberry led off the bottom half with a walk, and SHS added eight more runs. Following another error, Glidewell knocked an RBI single and drove home pinch-runner Kalleigh Russell. Kyleigh Bennett earned a walk before Jade Wiggins reached on an error. Hataway and pinch-runner Adelaide Dunn crossed the plate for a 17-0 lead. Centner, Newman, Castleberry, Glidewell, and Kyleigh Jackson closed out the inning with the final five RBIs.

De’Keyah Peterson began the third with a walk and moved into scoring position on a steal. Glidewell then struck out Se’laniyah Shipman and Zoe Conway. The game ended early when Lillie Boggan grounded out to second. 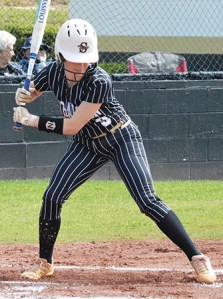 Straughn returns to action Tuesday, April 19 in a home area contest against Dale County beginning at 4:30 p.m. The Lady Tigers end the regular season Monday, April 26 with the first pitch scheduled for 4:30 p.m. against Pike County.